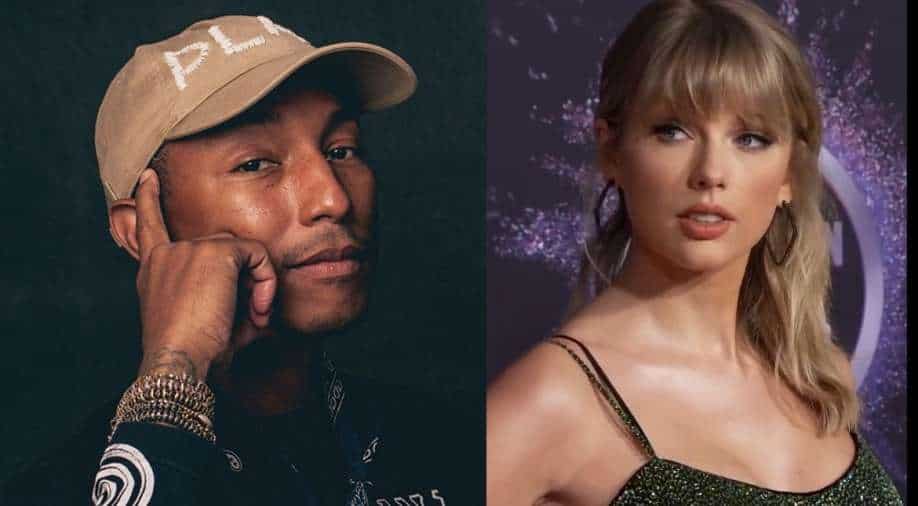 “It’s really unfortunate, you know. There was room for [Scooter] to make his acquisition because that’s just the way the business is, and I felt for [Taylor] and not being able to be in control of it," said Pharrell Williams on Taylor Swift-Scooter Braun controversy.

Pharrell Williams has something to say on Taylor Swift and Scooter Braun beef over rights of music.

Speaking to Variety on the ongoing battle, Pharrell Williams said, “There’s no other industry out there in the world where a start-up gets off the ground and doesn’t own the trademark — it just doesn’t make sense. It may be legal, but it’s still a crime. If a bank walks away with ownership of a company and the trademark, how much should a creator really be participating? The artist should always have the lion’s share of their creation.”

“It’s really unfortunate, you know. There was room for [Scooter] to make his acquisition because that’s just the way the business is, and I felt for [Taylor] and not being able to be in control of it. There’s a system in place that’s just all wrong. He’s a businessman and he also represents artists, so from his point of view he’s just making an acquisition of something that he felt would be a good investment. But the artist should have the opportunity [to retain ownership], and I don’t know whether she did or she didn’t,” he said. “I just know that the system is wired in ways that is oftentimes not always fair to the creator. I think it should be the norm that the creators retain their rights.”

Coat worn by Taylor Swift in 'Evermore' album gets sold out, costs whopping $2,875

For the unversed, the whole controversy is around Taylor Swift fighting for her rights over her own music while her previous record company, Scooter Braun‘s Ithaca Holdings LLC acquired Big Machine Label Group, Taylor Swift‘s former label, sold the rights to her master recordings without her knowledge. When Scooter bought Big Machine Label, he became the owner of all of Taylor‘s six albums. In November, he sold her master rights to an investment fund for north of $300 million. Taylor Swift's fans notice Scooter Braun shade in the singer's 'Love Story' Match ad for Ryan Reynolds