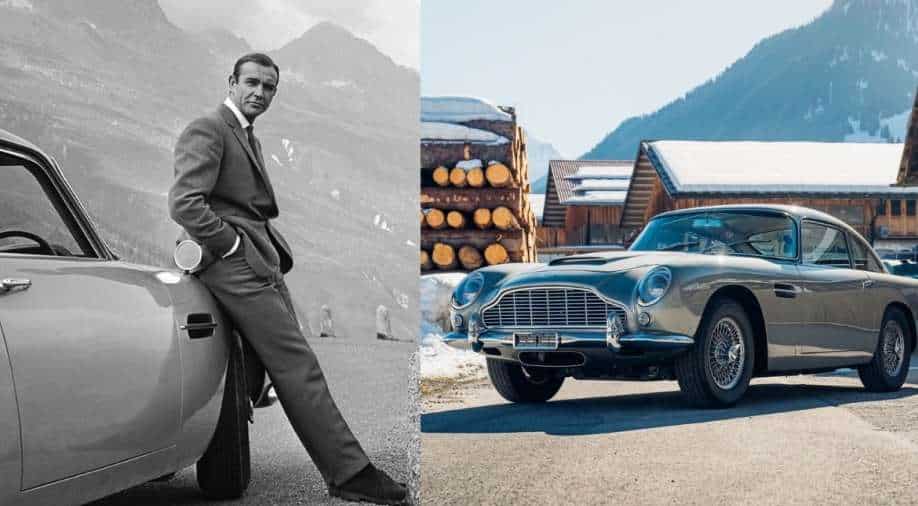 Scottish actor Sean Connery is best known for portraying the iconic British spy in seven James Bond films between 1962 and 1983.

If you have some millions of bucks to spare, then you can grab the iconic 1964 James Bond Aston Martin DB5.

Late actor Sean Connery personally owned the car and it is now up for grabs on the auction block on the 18th of August. Detroit’s Broad Arrow Auctions expects the car to bring in between $1.4 million and $1.8 million.

Connery is best known for portraying the iconic British spy in seven James Bond films between 1962 and 1983.

Between 1962 and 1983, Connery played the iconic role of British super-spy James Bond in seven films. The Aston Martin DB5, a premium sports automobile produced between 1963 and 1965 by the British carmaker, is the car model best associated with the Bond character: The car has appeared in eight Bond films, beginning with Sean Connery’s 1964's' 'Goldfinger.' The actor died in 2020.

The DB5 model is a rare and sought after vehicle because just 1,100 were made by Aston Martin. The fact that the car once belonged to the Scottish actor makes it more priceless.

The vehicles were mostly used for movie shoots and generally loaded with props.

Connery never drove this specific Aston Martin DB5 car in any of the Bond films. However, he bought his own version and loved driving it, as informed by his son.

The auction house, Broad Arrow, describes the car as being in highly presentable condition and has been painted in snow show grey colour to resemble the ones Bond drove in the movies.

Also Read: The haunted ‘Conjuring’ house has been sold & the price will give you a nightmare

Over recent decades, James Bond cars have remained profitable at auctions. The Aston Martin DB5 featured in the 1965 Bond film ‘Thunderball’ was sold for $6.4 million at a 2019 auction. In 2013, Tesla CEO Elon Musk bought a 1976 Lotus Esprit sports car that was used in the James Bond franchise ‘The Spy Who Loved Me' in 1977.

Interested bidders have to register on Broad Arrow’s website for the auction. The auction will take place in Monterrey, California.

Sean Connery’s family have stated that a significant amount of the profits from the auction will be used as donations to the late actor’s Philanthropy Fund.