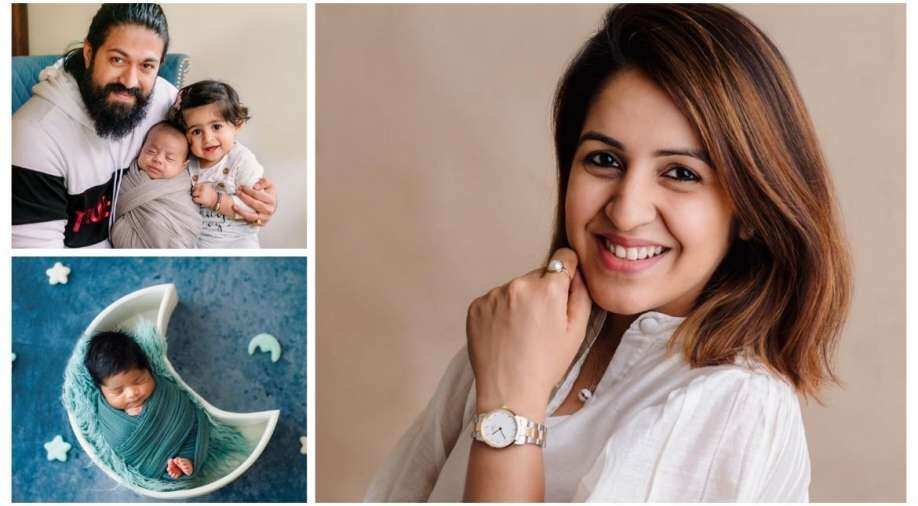 In a candid chat with WION on how she switched from her HR days to pursue her calling, making a niche in a male-dominated world of photography, Amrita lets her guard down and shares inside details of her fascinating profession

When she had started, it was still a new concept in India but Amrita Samant of Mommy Shots knew she had to pursue it anyhow. Celebrity maternity photography and baby photography have now developed into a 'must-have’ but till less than a decade ago was usually frowned upon by elders who found it too invasive.

In a candid chat with WION on how she switched from her HR days to pursue her calling, making a niche in a male-dominated world of photography, Amrita lets her guard down and shares inside details of her fascinating profession that is much more than just another glamorous job.

“I always had an interest in the performing arts as a kid and it only grew every year but choosing between a reliable professional career and performing arts with no foundation like that of a dancing school or the lack of encouragement, I picked up HR and moved on with life. In 7 years of being a part of the corporate world, I kept indulging in creative hobbies but realised I had to pick a stable and commercially viable activity to move ahead with it. I started with wedding photography but didn’t stick around for much. I knew I wanted to work with kids in some way so I combined my two favourite interests and practically introduced the concept in India,” says Amrita of her tryst with celebrity baby photography and maternity photography.

But times have changed and with it, more competition. Amrita doesn’t think so. “I am an educator in the space. In my business photography workshops, I tell people to not think of competition because when you start looking at others, you lose sight of your goal. This is not something you can do by deciding to quit your job one day. What those who do it for some quick money lack to see that unlike other genres, in child photography, it’s not just about clicking the picture of a baby. Pictures are a byproduct of the experience. There are several layers to this. There is child psychology to an extent. Experience for the family and baby is paramount and I understand that there’s a huge gap in the industry. Understanding the mindset of a child according to their age is important. There are just a handful of people who are doing it the right way," she says.

She learned it all herself though. “I spent hours learning through friends, YouTube, photo galleries as I learnt about different styles and incorporated them in my work,” she says, “Trial and error is my biggest strength.”

Maternity photography and baby photography are now considered must-haves in almost every household and Amrita can’t be thankful enough for this change of heart in the country. “In 2014 there was still a lot of taboo around these things. There were discussions like ‘don’t document the baby in the first three months’ when I would approach for a newborn shoot. That resistance has dropped. Child photography exists to document milestones they are going through so the large part of my struggle was making them (parents) understand why this was needed but now I feel there’s FOMO among them. Even if they don’t post, they want to get it done,” Amrita explains of the mindset change she witnesses now.

While new mommies were initially crazed for dressing up in gowns and the setup was always elaborate, Amrita highlights how the new mom-to-be is more relaxed and casual while getting a photoshoot done. As for the baby shoots, some favourites have carried on for years like cake smash or fruit smash. Interestingly, it's not always as pleasing as it seems from photos for the baby in the setup. "In India, we as parents are always obsessed about keeping our kids clean so this gooey stuff being splattered on their fingers and face, comes across as an alien thing to the baby. I always urge the parents to get the kid used to this before bringing them on the shoot day," explains Amrita of the challenges on her job.

Amrita Samant has some of the biggest clients in India act up as her model. Celebrity families like tennis player Sheethal and cricketer husband Robin Uthappa or actress Sameera Reddy and family have modeled for her. So have actor Yash, Gul Panag, singer Harshdeep Kaur, actress Disha Madan and the list just goes on for her.

Success, however, did not come easy for her. “This industry is still male dominated statistically. I had to scream twice as hard to be noticed, for my voice to be heard. My journey has been a struggle. It took a lot of push and shoving to be able to build this team. I realise how difficult it was,” says Amrita reminiscing the older days. As an afterthought, she adds, “There’s a difference in someone clicking a good photo and making a great photo.” Thus the need to indulge, if you ask her.