Frankfurt book fair returns but 'not back to normal' 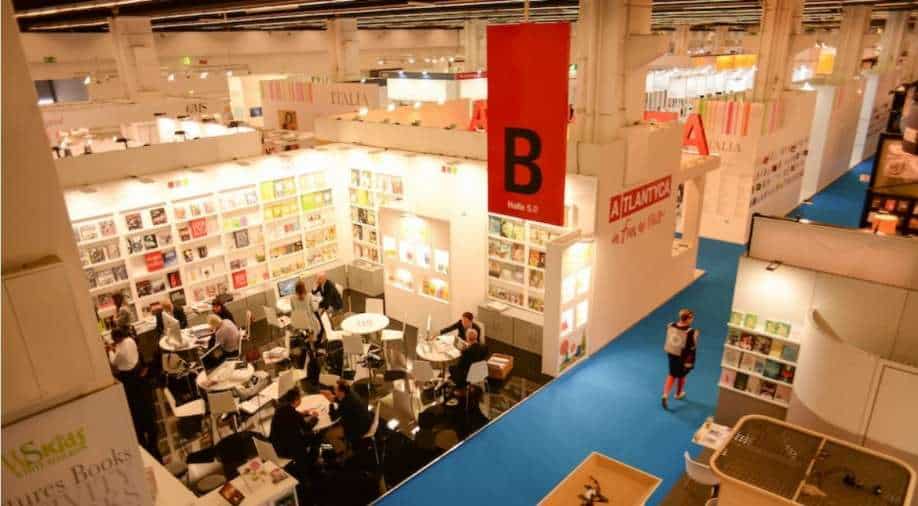 The Frankfurt book fair, the world's largest, celebrated its return Tuesday, but with fewer big names attending and star author Margaret Atwood only joining via video link, was not quite back to its former glory.

But it will be a more muted version of past editions, as uncertainty about travel restrictions has kept many international visitors away. All grown up! Angelina Jolie attends 'Eternals' premiere with her five kids

"Back to business does not mean back to normal," fair director Juergen Boos said at the opening, but the event nevertheless offered a chance for the industry to "reconnect", he added.

Award-winning novelist Margaret Atwood, whose native Canada is this year's guest of honour, dialled into the opening ceremony via Skype to deliver a message of hope.

"Covid and the climate crisis have shown us how fragile we are as human beings," she said. "But we have also been demonstrating how resilient, inventive, and how creative we can be."

Books had helped people to escape the isolation of the pandemic and make sense of the world, said Atwood, author of "The Handmaid's Tale". Oscars: Iceland selects ‘Lamb’ as International Feature submission

"Books are both time travel devices and empathy machines. They take us to distant lands, allow us inside other worlds," she added.

The fair, which opens to trade visitors on Wednesday before welcoming the general public later in the week, runs until Sunday.

It comes as the book industry has been "doing pretty well over the past 18 months", according to Boos, with people in many countries using the slower pace of life during lockdown to read more -- adolescents especially.

In the United States, printed book sales rose by more than eight percent in 2020 to record their best year in a decade, according to the NPD research group.

Growth was driven by teen categories but also adult non-fiction, as people turned to cookbooks and DIY books to pass the time at home. BTS member Suga releases remix for their song with Coldplay 'My Universe'

"The book industry has passed the Covid stress test," said Karin Schmidt-Friderichs, chairwoman of the German Publishers and Booksellers Association.

But the news for the industry is not all good.

The book trade, with global revenues of around $100 billion annually, is not immune to the shortages of raw materials and supply chain problems disrupting economies as countries rebound from the coronavirus downturn.

"I fear that this Christmas, people cannot be sure of getting any book they want at short notice," Jonathan Beck, head of renowned German publishing house C.H. Beck, told the Handelsblatt financial daily.

This week's Frankfurt gathering is the latest example of trade fairs stirring back to life, and comes after the German city of Munich welcomed 400,000 visitors to the IAA auto show in September.

Daily visitor numbers are capped at 25,000 however, less than half the usual capacity. Frankfurt fairgoers must also wear masks and show proof of vaccination, recovery from Covid or a negative test.

Some 300 authors are coming, including Canada's Michel Jean, Dany Laferriere and Michael Crummey.

But compared with past years when the likes of Atwood, Ken Follett, Cecelia Ahern and Nicholas Sparks visited, this year's event lacks the same star power.

As a result, much of the usual networking and haggling over licensing and translation rights will happen on the fair's digital platforms.