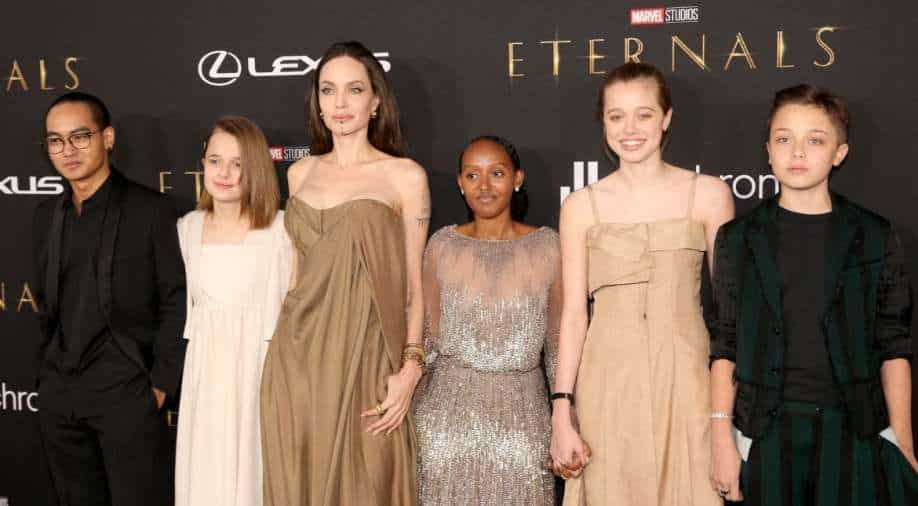 Angelina Jolie and her children at the 'Eternals' premiere Photograph:( AFP )

It was a family day out for Angelina Jolie and her five children at the 'Eternals' premiere in Los Angeles on Monday.

It was a family day out for Angelina Jolie and her five children at the 'Eternals' premiere in Los Angeles on Monday.
Jolie posed with her five children- all grown up posed together on the red carpet, dressed up especially for the occasion. 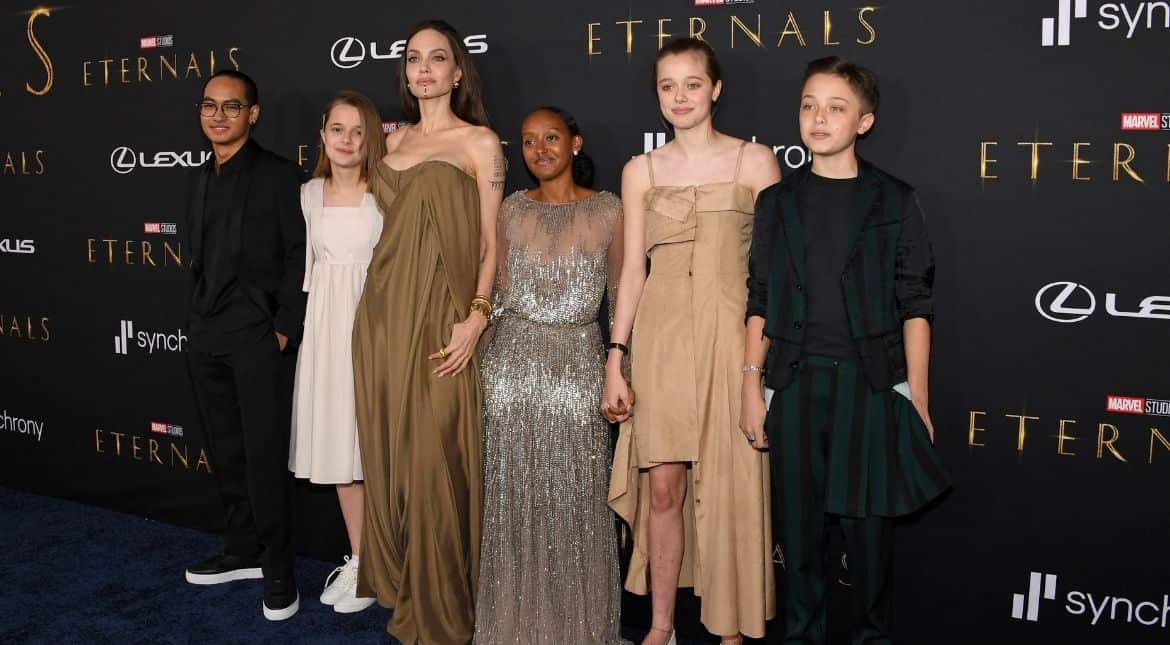 For the premiere, Jolie looked stunning in a  strapless brown gown with matching shoes, gold chin cuff- she kept her hair loose. She wore minimal makeup and added another golden touch to her wrist with bracelets.

Jolie's children also turned heads at the red carpet. Maddox opted for a black suit, while Zahara wore a shimmery silver dress. Knox dressed in a black and green suit and Vivienne wore a cream dress while Shiloh opted for a beige dress.

Jolie's 17-year-old son Pax did not attend the event.

Jolie is known to attend her film's premieres. She has walked the red caret with her kids for the premiere of 'Jumbo' and 'Malficient'. 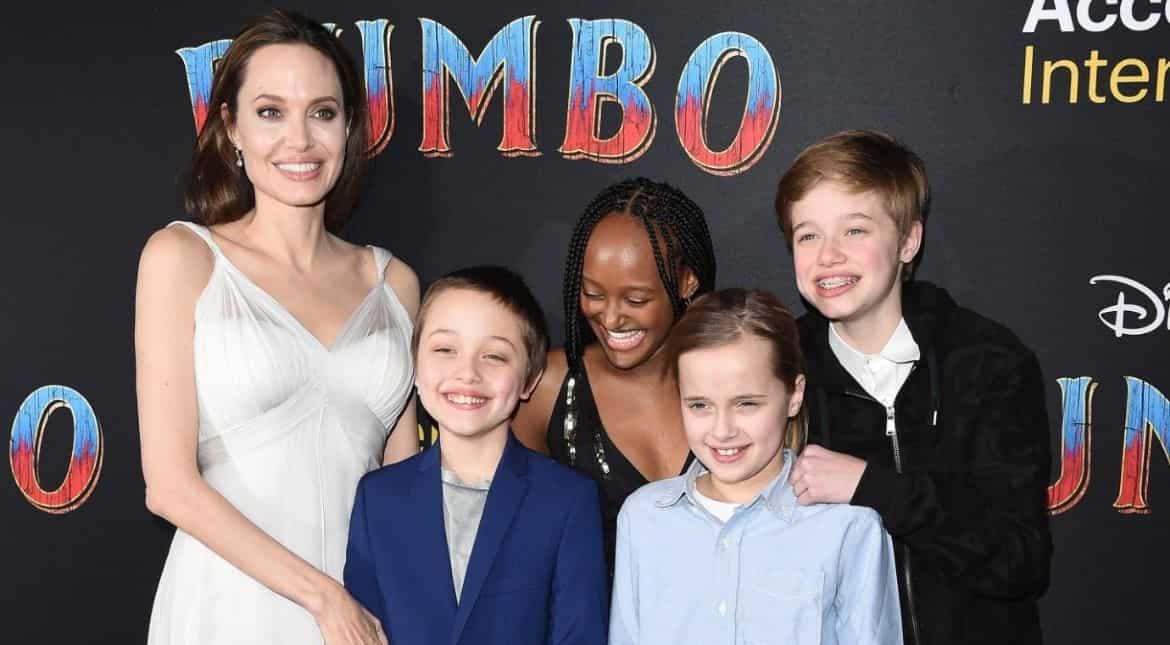 'Eternals' had its world premiere at the iconic El Capitan Theatre in Los Angeles on Monday night. 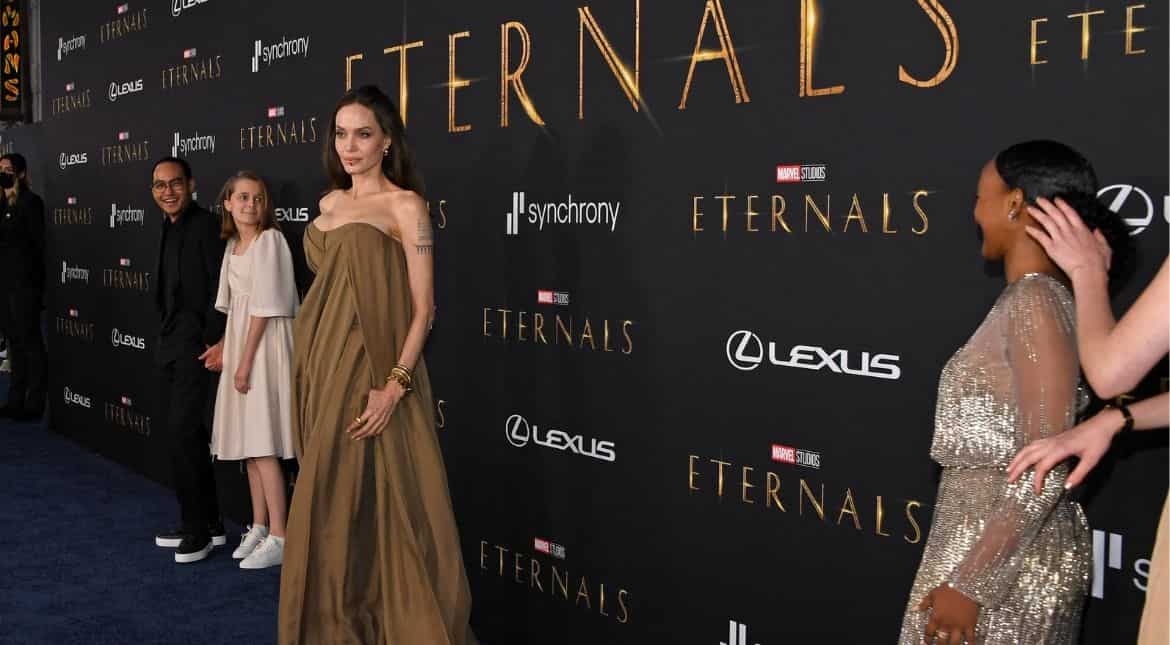 The film is scheduled to hit theatres on November 5.