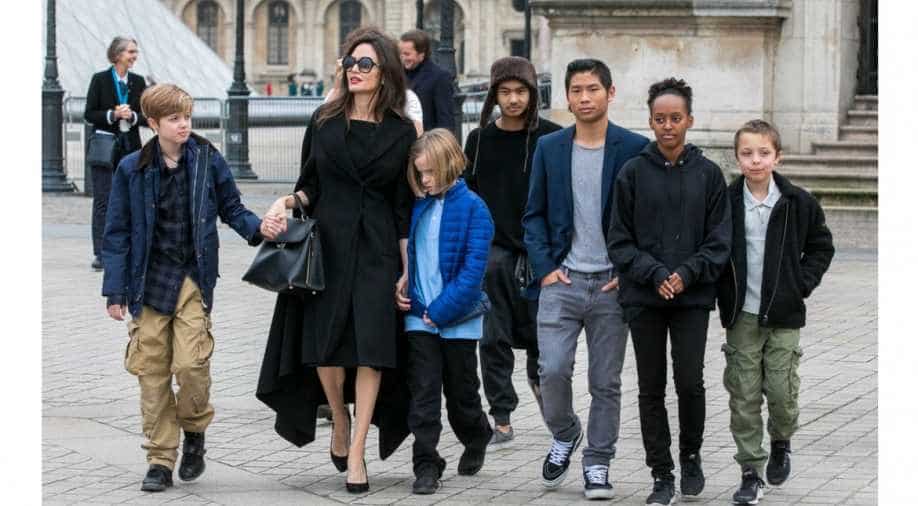 Former couple Angelina Jolie and Brad Pitt don’t seem to let bygones be bygones as they continue to get embroiled in a bitter legal battle over custody of their kids.

Jolie now claims that three of her children with ex-husband Pitt had hopes to testify against him in the ongoing custody battle.

In a December 2020 court document, Angelina Jolie's legal team said that 'three of the children have asked to testify' in the ongoing custody proceedings. The lawyer said, “The children whose custody is at issue are old enough to understand what is going on. The trial is necessarily going to impact them emotionally. To make any of the children endure what may be a futile and void proceeding is beyond unjustified. It is cruel.”

While Angelina Jolie and Brad Pitt initially agreed to Judge Ouderkirk as a private judge to keep the details of the case sealed, she said last August that the judge is compromised because of “ongoing business and professional relationships” he has with one of Brad Pitt's lawyers; and that she will appeal a finalised decision made by Ouderkirk in the case.

Not happy with the judge, Jolie’s team insists that he has created a bad situation in which the kids will have to testify. Jolie's legal team said in court docs filed earlier this year that the judge denied the actress “a fair trial, improperly excluding her evidence relevant to the children's health, safety, and welfare, evidence critical to making her case.”

Angelina Jolie filed for divorce in 2016 citing the "the health of the family" after Brad Pitt reportedly misbehaved with son Maddox on a private flight from France to Los Angeles. Angelina Jolie reignites reunion rumours with ex-husband Jonny Lee Miller