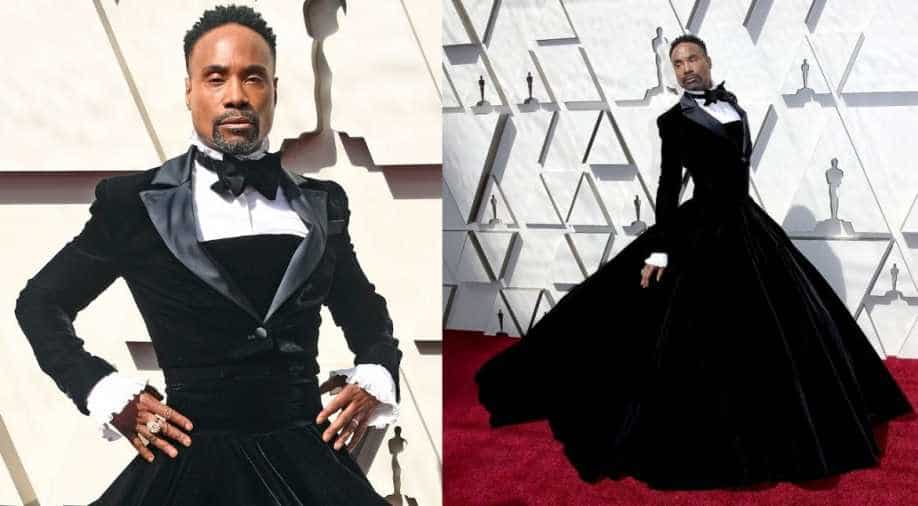 Harry Styles was the first male cover model for the fashion publication and had grabbed eyeballs for wearing a dress in his shoot.

Fans may have gone ga-ga over Harry Style's cover image for Vogue magazine in December 2020 but Billy Porter isn't too impressed.

Styles was the first male cover model for the fashion publication and had grabbed eyeballs for wearing a dress in his shoot. The cover drew both praise and criticism. Poter, known for his unique style, seemed unhappy with the spread.

"I changed the whole game," Porter, 52, who is known for wearing dresses on the red carpet and even in movies, told The Sunday Times recently. "And that is not ego, that is just fact. I was the first one doing it and now everybody is doing it."

In the past few years, Porter has turned heads with his numerous red carpet appearances. Porter has donned elaborate gowns while attending the Oscars, the Met Gala and in Amazon Prime's 'Cinderella.' Billy Porter wears 7-foot cape dress to Cinderella premiere, wins hearts

Porter said that he feels the fashion industry-accepted him "because they have to."

"I'm not necessarily convinced, and here is why: I created the conversation, and yet Vogue still put Harry Styles, a straight white man, in a dress on their cover for the first time."

Porter added that he did not want to drag Styles but was actually upset with Vogue, questioning whether the 27-year-old singer "is the one you’re going to try and use to represent this new conversation."

"He doesn’t care, he’s just doing it because it’s the thing to do. This is politics for me. This is my life," Porter insisted. "I had to fight my entire life to get to the place where I could wear a dress to the Oscars and not be gunned down. All he has to do is be white and straight."