Angelina Jolie shares rare photos of her kids on Instagram 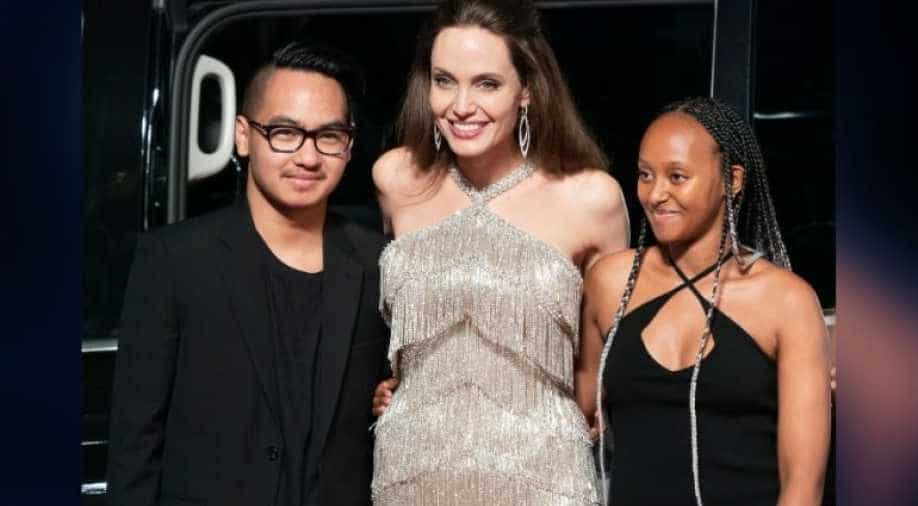 Angelina Jolie and Brad Pitt, one of Hollywood`s most glamorous couples, separated in September 2016 after a more than 10-year romance and two years of marriage.

Angelina Jolie gave a little glimpse of her personal life.

The Hollywood diva, who made her Instagram debut recently, shared some photos of her kids and how summer is going in their home.

For the very first time, the 'Maleficent' star posted rare photos of her kids, whom she shares with her estranged husband and actor Brad Pitt, on her Instagram account.

Two of Jolie's children who made their debut on their mother's Instagram are Zahara Jolie-Pitt and Shiloh Jolie-Pitt. The picture shows both of them reading books.

Zahara, who was adopted when she was 6 months old from an orphanage in Ethiopia, can be seen smiling while reading Toni Morrison's 'The Bluest Eye.' The second snap featured Shiloh reading Akala's teen novel 'The Dark Lady.'

Angelina Jolie to Prince Harry: Celebrities who have visited war-torn Afghanistan over the years

"End of #summerreading," Jolie captioned the photos. "These are some of the favorites in our house. Would love to know yours."

It's been less than a month since she joined the photo-sharing app and she already has over 10 million followers. The 46-year-old actress joined the social media platform after seeing the horrific situation in Afghanistan since the Taliban rule overtook the country.

Jolie and Pitt, one of Hollywood`s most glamorous couples, separated in September 2016 after a more than 10-year romance and two-year marriage. Jolie filed for divorce citing irreconcilable differences. The couple is now in an ugly fight over their kid's custody battle, read the latest update here.