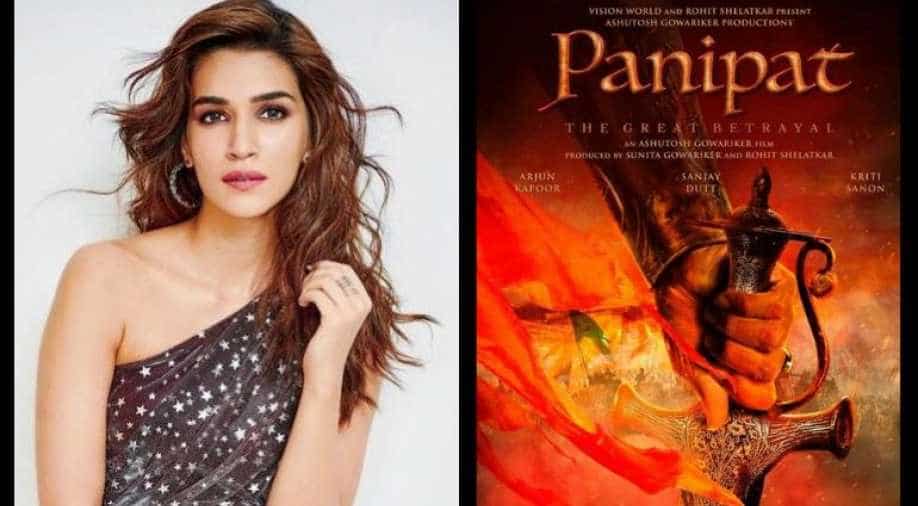 After finishing her last schedule of the movie, Kriti on Sunday took to Instagram to thank that cast and crew members of 'Panipat'.

Actress Kriti Sanon finished her last schedule for the upcoming 'Panipat' on Sunday.

The film is based on the third battle of Panipat which was fought between the Maratha Empire led by Sadashiv Rao Bhau and invading forces of Ahmad Shah Abdali, the King of Afghanistan. It features Arjun Kapoor and Sanjay Dutt in pivotal roles and is directed by Ashutosh Gowariker.

After completing the shooting for her film, Kriti thanked the cast and crew of 'Panipat' on Instagram.

She posted an adorable picture with Arjun Kapoor and thanked him for being a lovely and entertaining co-star. She also praised Ashutosh Gowariker and said, "You create magic, and in the calmest manner ever! And I’m honoured to be a part of this magic!"

Wrapped up PANIPAT!! ⚔️ There is no other way of shutting him up!! Haha.. 🤣 Thank you @arjunkapoor for being such a lovely and entertaining costar!! With no ice to break, i’m glad we went on this journey together and i found an amazing friend in you!🤗❤️ And Ashu sir!! You’re the best!! Thank you so so much for giving me this opportunity and for adding so many flavors to Parvati’s character..Thank you for always hearing me out and finding her with me at every step! You create magic, and in the calmest manner ever! And I’m honored to be a part of this magic! @ashutoshgowariker @sunita.gowariker P.S. That’s literally us..always wondering!! 😜🤗❤️ @agppl

The film is scheduled to release on December 6 this year.