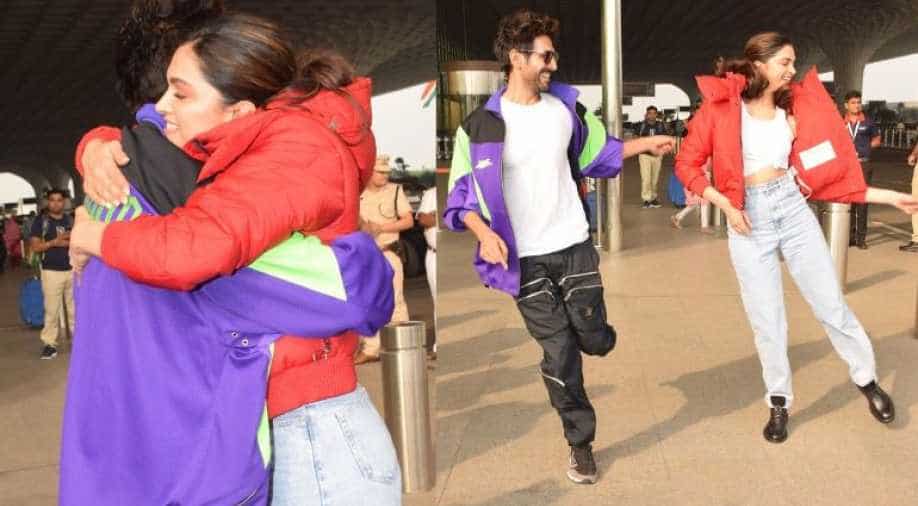 Deepika Padukone expressed a wish to partake in the ongoing #DheemeDheemchallenge and asked Kartik Aaryan to teach her the hook step of the song.

Kartik Aaryan who is all set to hit the big screen with his upcoming flick Pati, Patni or Woh has made Deepika Padukone groove to the hook step of  'Dheeme Dheeme' at the terminal 2A of the Chatrapati Shivaji International airport on Sunday. 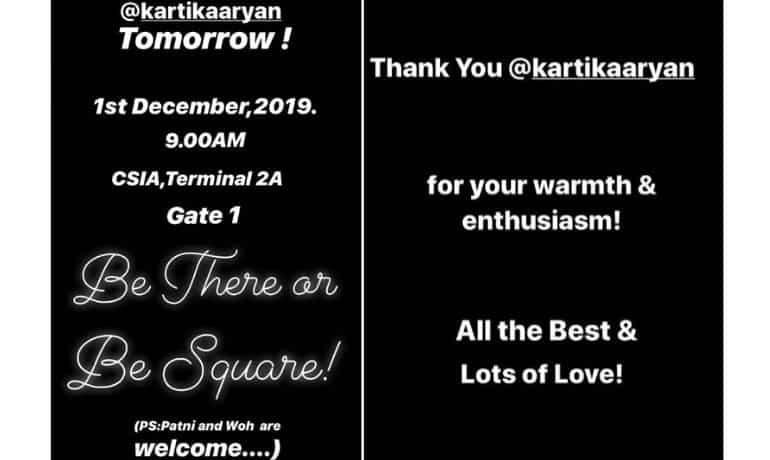 Both of them were spotted having fun while dancing to the beats of the peppy number. The 'Pyaar Ka Punchnama'' actor took to Instagram and posted the pictures of Kartik dancing along with DP, and captioned the pictures as, "#DheemeDheemeChallenge has reached d next level,@deepikapadukone, Too much fun."

Earlier, Deepika had taken to Instagram and requested Kartik to take part in the #DheemeDheemechallenge and asked him to teach her the hook step to the dance number 'Dheeme Dheeme'. .

Deepika's request came true as both the actors met each other at the Mumbai airport and were snapped by the paparazzi as Kartik taught her the steps  Watch 'Pati, Patni Aur Woh' trailer

Kartik in his upcoming outing will be seen opposite Bhumi Pednekar and Ananya Panday. Bhumi will be seen as his wife and Ananya Panday will be playing the role of his girlfriend, 'Pati Patni Aur Woh' is the remake of the 1978 feature of the same name and is directed by Mudassar Aziz and produced by Bhushan Kumar, Renu Ravi Chopra, and Krishan Kumar. The movie is set to hit the theatres on December 6.