'Karma Cafe': A short film that takes us on an emotional roller-coaster ride 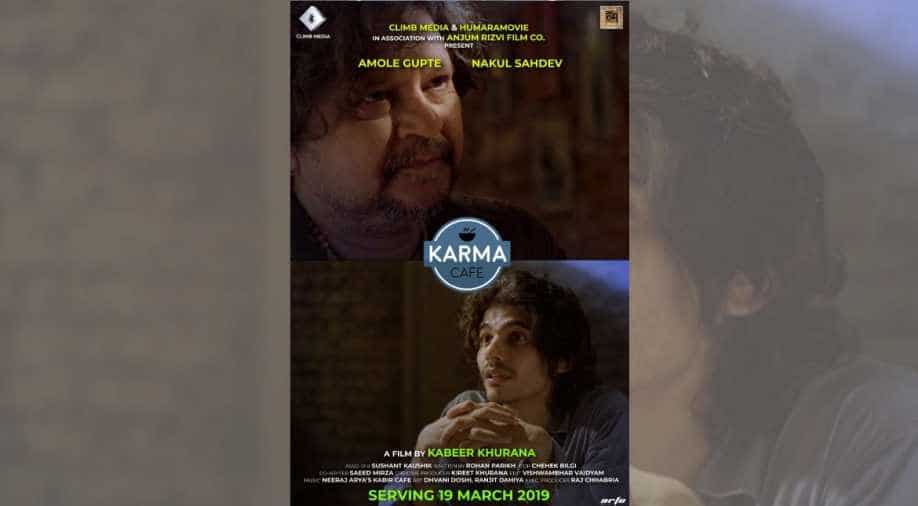 The film is helmed by 4-time International award-winning director, Kabeer Khurana. It is co-written by veteran Saeed Mirza.

Indian short film ‘Karma Cafe’ released in theatres on March 19 as it explores a compelling narrative backed with a strong storyline and actors who infused life into the performance.

Starring Amole Gupta and Nakul Sahdev who was most recently seen in ‘Gully Boy’, the film is a psychological thriller that follows the journey of a young estranged lover Alif (played by Sahdev) who stumbles upon a curious café run by an intriguing owner - Darpan(played by Amole Gupte).

Alif is surprised to learn that this café only serves what people deserve, and Darpan is almost the mirror of conscience to the estranged lover.

The film is helmed by 4-time International award-winning director, Kabeer Khurana. It is co-written by veteran Saeed Mirza.

It has been produced by several National Award-winning production house, Climb Media that has co-produced in association with Humaramovie.com and Anjum Rizvi Film Co.

Vinay Mishra, a producer with Humaramovie.com said, "Kabeer is a young director with an experienced eye. The way he uses lights, camera and movement suggest oodles of talent. Karma Cafe showcases the coming of age of a new talent Kabeer- he has been excelling with experimental stuff so far but this shows his talent with a normal narrative too.”

Meanwhile, Nakul said, "Rarely do you get a chance to redeem yourself as an artist. Karma Cafe was one such experience."