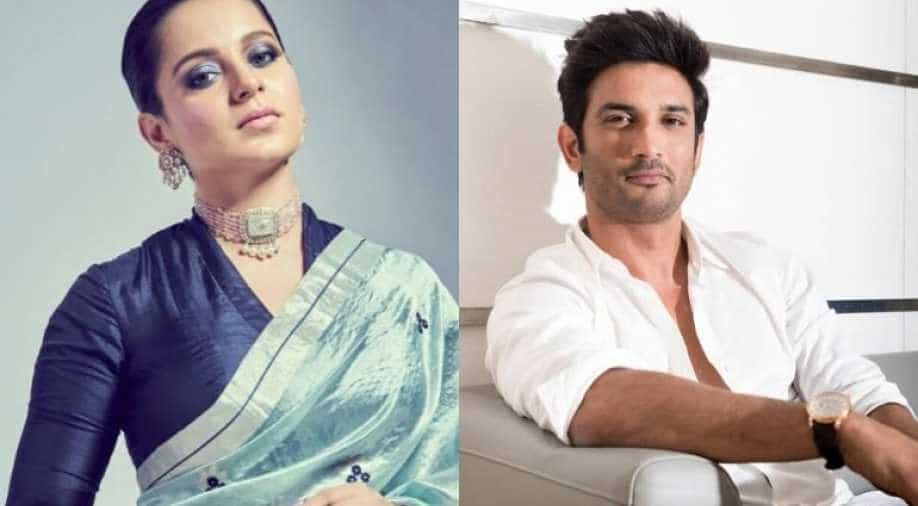 In a two minute long video that has been posted on social media by her team, the actress can be seen making some strong statements.

In a two minute long video that has been posted on social media by her team, the actress can be seen making some strong statements.

Its caption read: "#KanganaRanaut exposes the propaganda by industry arnd #SushantSinghRajput`s tragic death &how the narrative is spun to hide how their actions pushed #Sushant to the edge.Why it`s imp to give talent their due &when celebs struggle with personal issues media to practice restraint."

It is important to give talent their due. And if celebrities are struggling with personal and mental health issues, the media should try and emphasize with them, rather than making it difficult for them!

Praising Sushant for his achievements like his Stanford scholarship, Kangana said, "He was a rank holder. How can his mind be weak? If you look at his last few posts, he is clearly saying, literally begging, `Watch my films. I have no Godfather. I will be taken out of the industry`. In his interviews, he had expressed why the industry wasn`t accepting him. So is there no foundation of this incident?"

"He never got acknowledgment for his films, no awards for his films like `Kedarnath`, `Chhichhore` and `MS Dhoni: The Untold Story`. Films like `Gully Boy` got all the awards. "

"Sushant Singh Rajput`s demise has shaken us but there are people who are running a parallel narrative and saying that he committed suicide because he was depressed. How can a person`s mind be weak if he holds ranks in engineering entrances?" Ranaut asked.

"In his last interviews, he is clearly asking why is the industry not accepting him. He felt like a leftover. Do you feel that this does not hold importance in this incident (his demise)," she asked.

She said `Chhichhore` is the best film by the best director but "they didn`t get any acknowledgment"."We (actors with no blood relation with Bollywood stars) don`t want anything from you (Bollywood). We do our own films, why can`t you even acknowledge us?" the 33-year-old actor asked.

"This was not a suicide but a planned murder. The only mistake that Sushant made was to succumb to their planning," the `Panga` actor said. "They said that Sushant is worthless and he lost all hope. He didn`t remember what his mother told him. They wanted history to write that Sushant is weak but they won`t tell the truth. Now it is up to us to decide that who will write the history," she added.

Rajput allegedly died by suicide at his Bandra residence in Mumbai on Sunday. However, police said no suicide note has been recovered.

The untimely death of the versatile actor has sent shock waves among celebrities and his fans.