Vikram and Samrat Prithviraj OTT (online) release date announced: when and where to watch 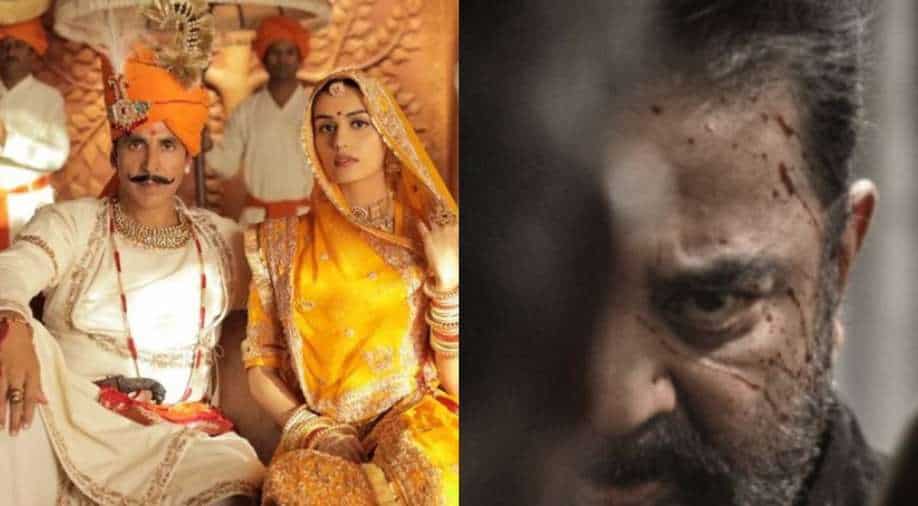 Vikram and Samrat Prithviraj OTT (online) release dates have been announced. They are set to release on OTT platforms in July. Both the films were released on June 3, 2022 in theatres.

Starring Ulaganayagan aka Universal Hero Kamal Haasan, Vikram has turned out to be a massive box office blockbuster earning more than Rs 400 crore at the box office and is soon to enter the 500 crore club. And now it is all set to release on the OTT platform, Disney+ Hotstar from July 8 in Hindi, Tamil, Telugu, Malayalam, and Kannada languages. Meanwhile, Akshay Kumar's movie "Samrat Prithviraj" will arrive on July 1 on Amazon Prime Video. The film, which also stars Manushi Chillar, Sanjay Dutt, Sonu Sood, Manav Vij, Ashutosh Rana, and Sakshi Tanwar. Both the films were released on 3 June 2022.

Talking about Haasan's film, the film also starring Vijay Sethupathi and Fahadh Faasil in pivotal roles is still running strong at the theatres.
According to trade reports, the film is one of the top 5 highest-grossers in Tamil Nadu in 2022 so far. As of now, Vikram is marching towards Rs 500 crore at the worldwide box office.

Helmed by Lokesh Kanagaraj, the movie opened up with rave reviews from fans and critics alike. The action-packed sequences, dialogues and outstanding performances from the cast make it a full entertainment pack.

Now, talking about Kumar's period drama, the film tells the story of a famed ruler Prithviraj Chauhan, who was known for his valour & leadership. Helmed by Chandraprakash Dwivedi, the movie marked the debut of former Miss World ManushI Chhillar. In the movie, she's playing the role of Princess Sanyogita.

The film was a dud at the box office with only earnings of Rs 66 crore.

Vikram and Samrat Prithviraj OTT (online) release: After RRR, Pushpa: The Rise and KGF: Chapter 2, Vikram is another film from the South that is dominating the box office. However, Samrat Prithviraj couldn't perform as it was expected to with a much less box office collection. But both of them would be streaming on the OTT platforms for the people to watch the films.