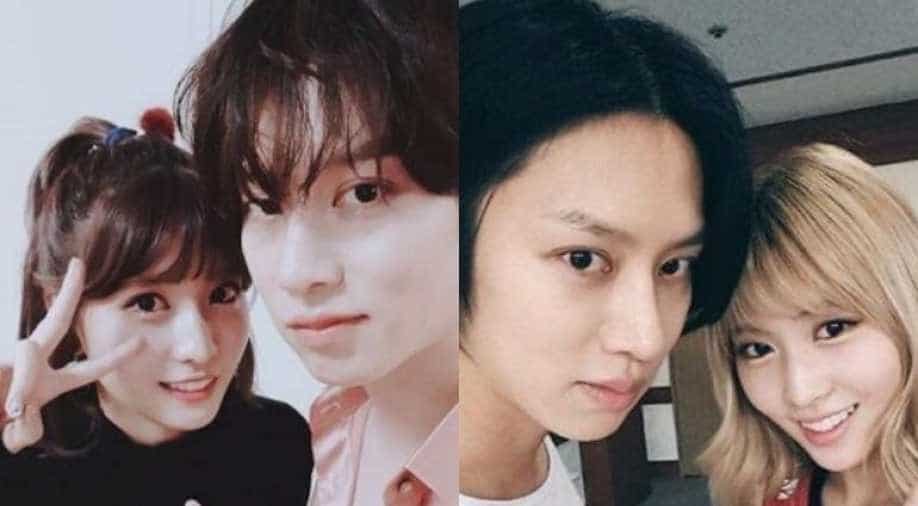 Two of the biggest stars of K-Pop,  Momo from JYP girl group TWICE, and Kim Heechul from SM's Super junior, are reportedly dating.

Two of the biggest stars of K-Pop,  Momo from JYP girl group TWICE, and Kim Heechul from SM's Super junior, are reportedly dating.

According to Korean website Soompi, the news was confirmed by Market News which, in its exclusive report, stated that Momo and Heechul are dating.

The same outlet had earlier in August 2019 reported that Momo and Heechul were in a relationship which the representatives of the two artists had denied at that time.

Fans though are just happy that two have started dating and are ready to ignore the age gap between the two.

CONGRATS TO THIS COUPLE 💞💞 pic.twitter.com/YuUSMjd9mi

CONGRATS TO THIS COUPLE 💞💞 pic.twitter.com/YuUSMjd9mi

a reminder to everyone hating on momo and heechul dating: pic.twitter.com/osYTraDw19

Momo found her other weird and funny half pic.twitter.com/yn8cTU4ZEs

On Thursday, 'Momo' became a Twitter trend worldwide as fans woke up to the news.

Interestingly, JYP Entertainment, which owns label TWICE, had a ban on dating for its artists earlier. The ban was eventually lifted last year when the news of TWICE band member Jihyo dating K-pop idol Kang Daniel came into light.