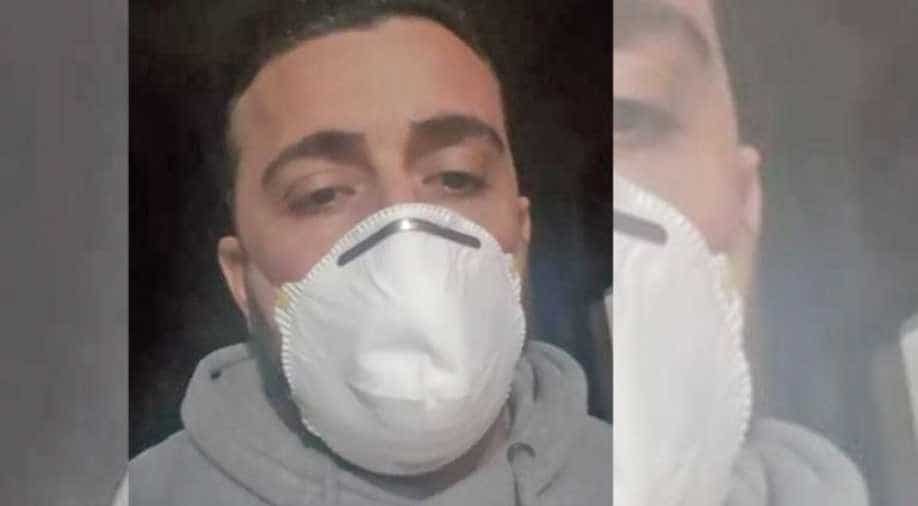 Luca Franzese took to Facebook to share a video in which he can be seen with his dead sister.

Italian actor Luca Franzese recently shared a heartbreaking video in which he is pleading for help!

The actor took to Facebook to share the video, in which he is showing his dead sister, Teresa who is laying on the bed. In the video he can be heard saying he doesn't know what to do with her body.

In pics: Movie shoots to award show, events that have got affected due to coronavirus

The video has been viewed about 9.5 million times.

''My sister is dead, in bed. I don't know what to do. I can't give her the funeral because the institutions have abandoned me," Luca Franzese said in the video.


Luca has been quarantined in his Naples home with his sister.

Teresa Franzese, 47, started to show the symptoms of the virus last week and with her rapidly deteriorating health, she died on Saturday before the disease was known.

Finally after 36 hours, on Monday the local funeral home agreed, and crew wearing protective clothing arrived and took the body directly to a local cemetery.

Later, the actor shared a video in which he told that his sister was tested positive, and thanked everyone for supporting him

Italy has been under lockdown due to coronavirus, as the death rate has been rose to 827 with more than 12,000 cases of infected peoples has been confirmed.