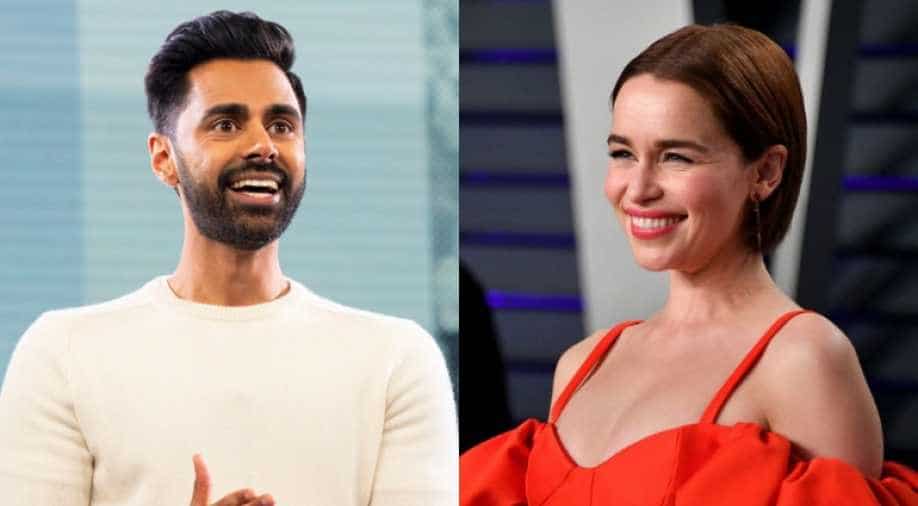 Indian-American comedian Hasan Minhaj, 'Game Of Thrones' star Emilia Clarke feature in Time magazine's 2019 list of the 100 most influential people in the world. The list was released on Wednesday.

Minhaj, whose groundbreaking Netflix show 'Patriot Act' put him spotlight has been termed by the magazine as 'America's sharpest voice'. Fellow comedian Trevor Noah has written a profile on Minhaj in the magazine where he called Hasan's voice as 'necessary'. "We’ve needed Hasan’s voice since Donald Trump came down that golden escalator and turned immigrants and Muslims into his targets."

Clarke who opened up about her brain surgery a few months back is the star of the hugely popular show 'Game Of Thrones'. Actress Ema Thompson in her profile for the actress wrote, " She has the courage of a small lion, the stamina of a Welsh pit pony and the soul of a clown. A powerhouse to watch and an ally to die for."

The list also includes many other prominent names from the entertainment industry across the world. .Apart from Clarke and Minhaj, Sandra Oh, Taylor Swift, Chrissy Teigen, Ariana Grande, Lady Gaga, Brie Larson, Dwayne Johnson, Regina King, and BTS were just a few of the superstars to make the popular list.

The coveted list didn't just comprise of the celebrities but also included figures from the political world including Michelle Obama, Nancy Pelosi, and Donald Trump.

A few athletes also made it to the list including LeBron James, Alex Morgan, and Tiger Woods to name a few.

In addition, executives like Disney`s Bob Iger and Facebook`s Mark Zuckerberg were some of the named honourees as well as activists like Greta Thunberg.

For instance, Shawn Mendes penned a piece about Taylor, and Leonardo DiCaprio wrote about Jane Goodall."Taylor makes anyone older feel young again and anyone young feels they can do anything. It`s so rare and so special. If there is one thing I want to achieve in my career and life, it`s that," the `Stitches` singer wrote. Priyanka Chopra also wrote a profile about lawyers Menaka Guruswamy and Arundhati Katju, and Justin Timberlake wrote a bit for Tiger Woods.