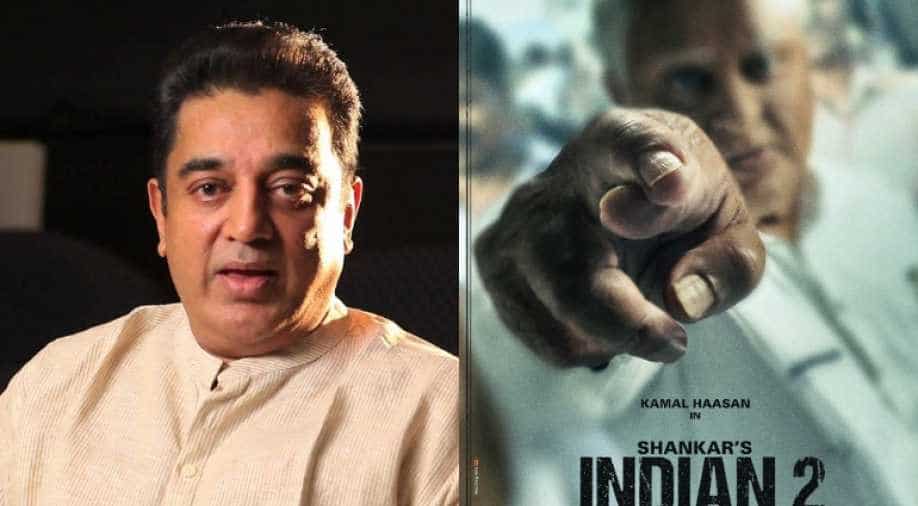 Director Shankar, on the occasion of Pongal festival, shared the first poster of 'Indian 2' on his Twitter page as a treat to fans.

Kamal Haasan may have decided to join politics, but the veteran actor-director is not bidding farewell to the cinema just yet. The actor will be seen in  Shankar's highly anticipated 'Indian 2'. A sequel of 'Indian' which came out nearly two decades back, the film will have Haasan reprising his role as Senapathy, a freedom fighter-turned-vigilante bent on rooting out corruption.

Director Shankar, on the occasion of Pongal festival, shared the first poster of 'Indian 2' on his Twitter page as a treat to fans. Via the poster, it was revealed that the project will go on the floors from Friday.

A sequel to 1994 Tamil blockbuster 'Indian', the project also stars Kajal Aggarwal as the leading lady.

While promoting his last outing '2.0', Shankar revealed that he recently did a photo-shoot with Haasan for 'Indian 2'.

Shankar added that he was thrilled to see Haasan sporting the look of the popular octogenarian character Senapathy once again.

'Indian 2' will have music by Anirudh Ravichander. The rest of the cast and crew are yet to be revealed.

Have you noticed? Here's how Kourtney Kardashian paid tribute to Travis Barker