'House of the Dragon' trailer: GOT prequel series is all about conspiracies, blood and dragons 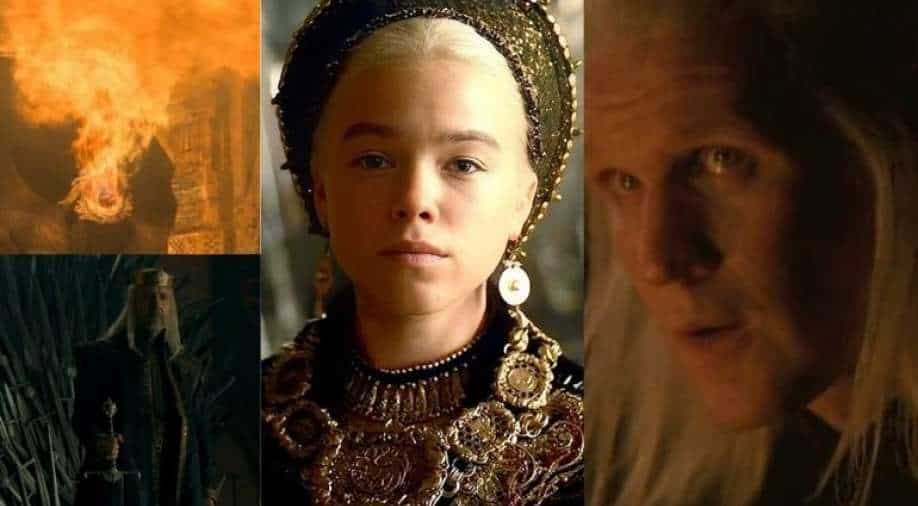 ‘House of the Dragon’ will 22 August on HBO.

After the megahit HBO series 'Game of Thrones' ended in the year 2018, the studio is back with yet another thrilling series. The prequel series titled ‘House of the Dragon’, which has been in making for years now is finally ready for all the die-hard fans.

On Thursday, the new trailer of the much-awaited series, based on the book 'Fire & Blood' by George R. R. Martin, was released and it's all about power, love, and at last - the Iron throne.

The trailer starts off with a voice narrating, “What is this brief mortal life, if not the pursuit of legacy?” before showing off the dynasty of the House Targaryens with the dragon flying over the city.

The clip starts with King Viserys Targaryen, lord of the seven kingdoms, played by Paddy Considine standing by the throne in the room as the different houses are bowing down for the king and his heir - his daughter Princess Rhaenyra played by Emma D’Arcy and the next frame shows Prince Daemon (Matt Smith), who's not looking happy seeing Rhaenyra, the king's firstborn as the heir.

The trailer is full of conspiracies, Rhaenyra's struggle for the throne, fights, women's power, loss, and blood, “History does not remember blood, it remembers names,” the voiceover says.

Apart from the trailer, the makers have also shared an intense poster of the eight characters with a brief hint about their roles including Prince of the City. DaemonTargaryen, Viserys Targaryen, Alicent Hightower, Rhaenys Targaryen, Ser Criston Cole and others.

The show will premiere on 22 August on HBO.