Who would ghost Dwayne Johnson? Turns out, Emily Blunt did 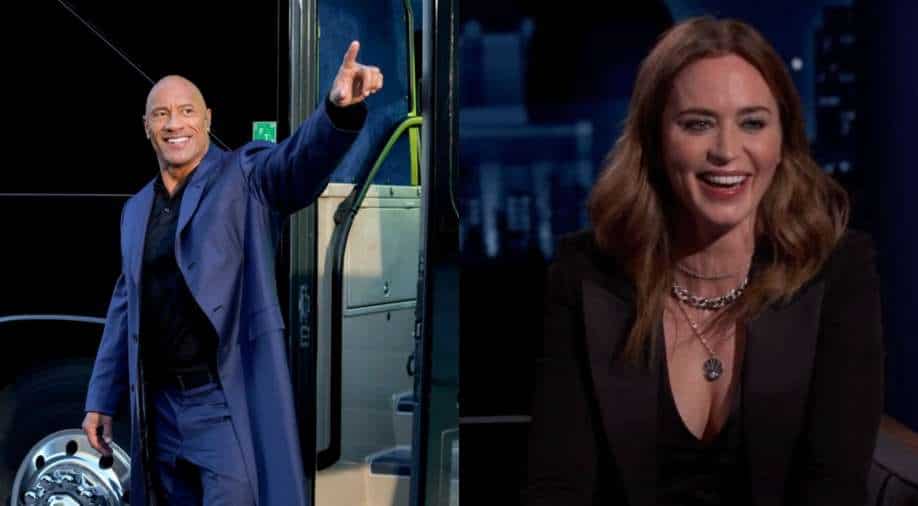 Emily Blunt said she didn't think Dwayne Johnson would be 'so sensitive' about it Photograph:( Instagram )

Emily Blunt said she didn't think Dwayne Johnson would be 'so sensitive' about it. The duo will be seen together in 'Jungle Cruise'.

During an interview—as part of the promotional tour for their upcoming project ‘Jungle Cruise’—lead actors Emily Blunt and Dwayne Johnson shared some interesting anecdotes about one another.

Johnson talked about the time when he wooed the mesmerizing Emily Blunt but ended up being ghosted by the actress.

Remembering the moment when he was shot down by the ‘A Quiet Place’ star, Johnson said, “I must have shot it (his introductory video for his to-be co-star) about five or six times because I had not communicated with Emily yet. I had not even met her. And I wanted to let her know via this video just how important she was to this movie and how I only wanted her in this movie. And it was great. And I never heard from Emily again. She didn’t respond at all, just ghosted me.”

The event in question took place when director Jaume Collet-Serra had flown down to New York City to hand-deliver a script to Blunt at her Brooklyn home.

“I thought the video was sweet. Didn’t know you were going to be so sensitive,” Emily Blunt comes to her own defense. Eventually, Blunt came along and finalized the film.

Dwayne Johnson has always admired Blunt as an actor. He shared, “I always admired her as an actor, but also when I would watch her on talk shows. She had this personality that was effervescent, cool and very, very charming.”