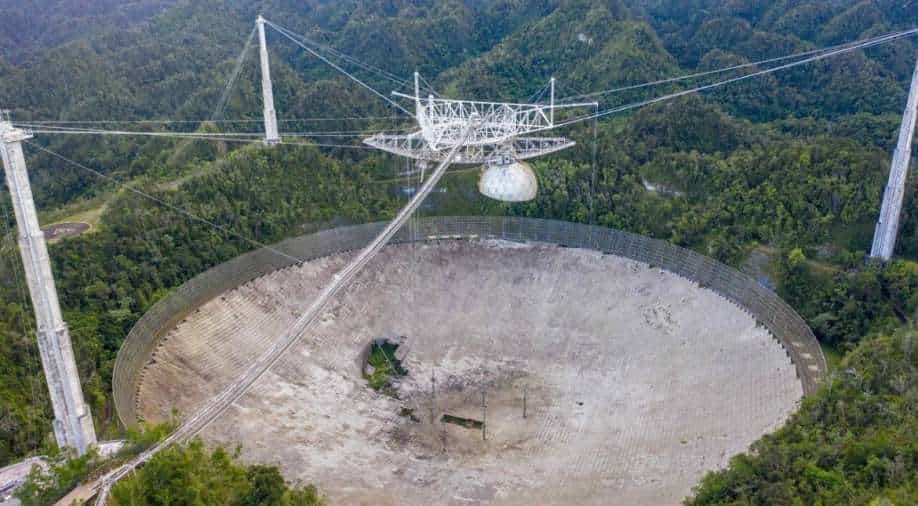 The telescope was built in the 1960s amid a push to develop anti-ballistic missile defences. Over decades, it endured hurricanes, endless humidity and a recent string of strong earthquakes.

The US National Science Foundation on Thursday announced it will close down the massive space telescope at Puerto Rico’s Arecibo Observatory. This comes after 57 years of the telescope running continuously. It has now suffered from two destructive mishaps in recent months.

Operations at the observatory were halted in August when one of its supportive cables slipped loose from its socket, falling and creating a 30-metre hole in its 305-metre-wide reflector dish.

Earlier this month, another cable broke tearing a new hole in the dish and damaging nearby cables as engineers scrambled to devise a plan to preserve the crippled structure.

In a statement, Sean Jones, assistant director of the Mathematical and Physical Sciences Directorate at NSF said, “NSF has concluded that this recent damage to the 305-metre telescope cannot be addressed without risking the lives and safety of work crews and staff. NSF has decided to begin the process of planning for a controlled decommissioning of the 305-meter telescope.”

The telescope was built in the 1960s amid a push to develop anti-ballistic missile defences. Over decades, it endured hurricanes, endless humidity and a recent string of strong earthquakes. Interestingly, the telescope has featured in several Hollywood films including Jodie Foster starrer ‘Contact’ and the James Bond movie ‘GoldenEye’.

It had been used by scientists and astronomers around the world for decades to analyse distant planets, find potentially hazardous asteroids and hunt for signatures of extraterrestrial life.