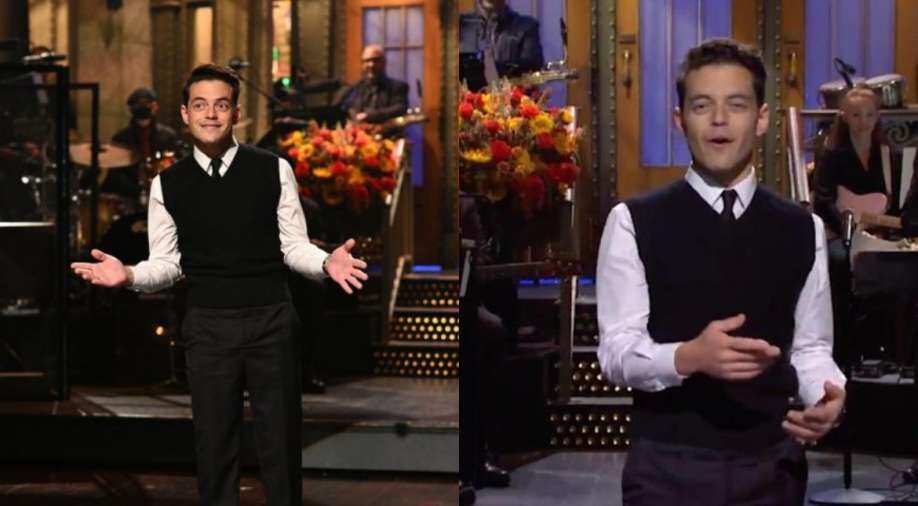 The 'No Time To Die' started his monologue by talking about his latest role as the Bond villain alongside Daniel Craig.

Oscar-winning actor Rami Malek made his Saturday Night Live (SNL) hosting debut with an opening that was dedicated to the villains of Hollywood.

The 'No Time To Die' started his monologue by talking about his latest role as the Bond villain alongside Daniel Craig. "I’ve played a lot of dramatic roles in my career, recently the new Bond villain. I don’t usually do comedy. I tend to play these really intense characters, which makes a lost of sense because people tell me I have a resting villain face ...“I've always been more drawn to villains."

Also read: Aryan Khan to officials: Will work for the poor & downtrodden, make you proud

Malek revealed that people have told him he has a 'rest villain face' and also shared who he has common traits with. "Disney has made movies where the villain is in the title ... Cruella, Maleficent, Bambi."

"You know, Rami, a lot of people find your eyes unnerving, but I don't see it," Nwodim says in the promo.

"Thank you?" Malek replied, perplexed with her compliment.

"You two should have a starring contest," Yang recommends, which Malek and Nwodim both agree.

However, after just a second of Malek's intense gaze, Nwodim calls it off as, "This man is a demon."

The gang--Yang, Nwodim and Young Thug--praise Malek for his role in the new James Bond movie 'No Time To Die'.

Rami took the stage on October 16 with Young Thug and Jason.