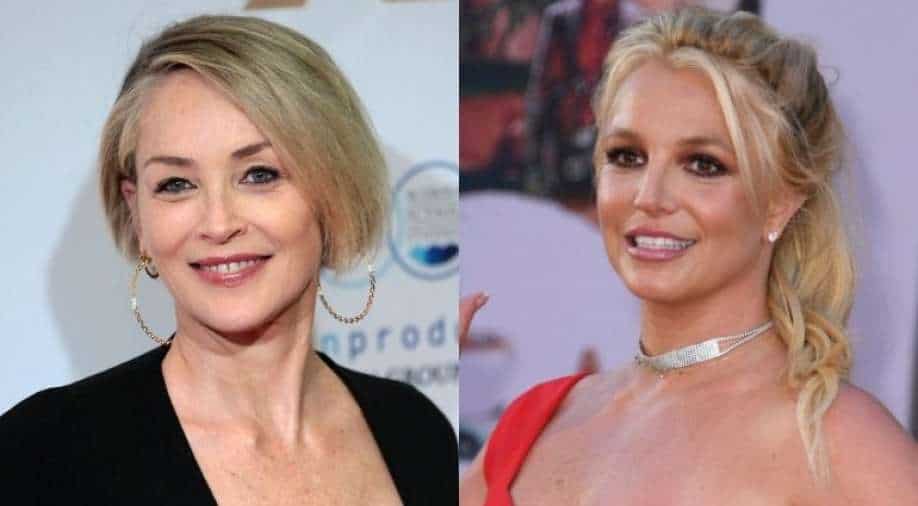 Sharon Stone has opened up about her bond with singer Britney Spears.

Sharon Stone has opened up about her bond with singer Britney Spears. Stone is currently promoting her new memoir 'The Beauty Of Living Twice' and in one of the interviews revealed that how Spears had reached out to her in 2007 when her meltdown was widely being discussed in the press.

Stone appeared on 'The Kelly Clarkson Show' on Wednesday and said that Spears had written her a long letter at that time.

“Britney wrote to me a very long and important, poignant letter during a very difficult time in her life ― about the time when people would recognize her for when she shaved her head ― wanting me to help her,” Stone told Clarkson.

“I was in a very difficult time of my life and I couldn’t help myself. The truth of the matter is, we both needed help. She needed help and I needed help," the actress said.
Stone was asked to comment on a photo of her that Spears posted to Instagram last week as part of a series that included Miley Cyrus and Sarah Jessica Parker. The singer had listed the actress as someone she admired and took inspiration from.

In pics: From shaving head to umbrella attack: 6 times Britney Spears made headlines for wrong reasons

“These are the women that have truly inspired my life,” the singer wrote in the accompanying caption, adding, “These cool ladies always add a spark to my day.”

Stone also reacted on the ongoing legal battle that Spears has been embroiled in with her father over conservatorship and reclaiming ownership of her her $60 million estate.

"It’s very hard to be a very successful woman and not have anyone control you, taking your finances and handling you,” Stone said. “Women ― and, I’m sure, all of the young stars ― get handled. There is a huge breaking point and there is a point where you get broken."