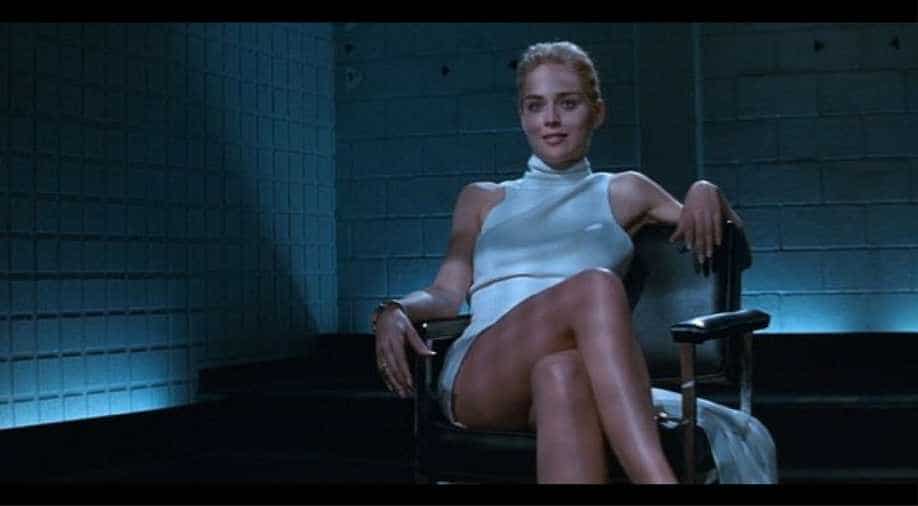 Sharon Stone from her iconic role in Basic Instinct Photograph:( Others )

Sharon Stone has made some startling revelations in her new memoir 'The Beauty of Loving Twice'.

Sharon Stone has made some startling revelations in her new memoir 'The Beauty of Loving Twice'.

The actress reflected upon the most famous film of her career, 'Basic Instinct' and spoke about her experience while working on the film.

In a recent excerpt published by Vanity Fair, the actress claimed that she was told to sleep with a co-star to build chemistry.

"I had a producer bring me to his office, where he had malted milk balls in a little milk-carton-type container under his arm with the spout open," she recalled. "He walked back and forth in his office with the balls falling out of the spout and rolling all over the wood floor as he explained to me why I should f--- my costar so that we could have onscreen chemistry."

While Stone does not name the producer, only four producers are listed on IMDb: William S. Beasley, Louis D'Esposito, Mario Kassar and Alan Marshall. She doesn't even mention the name of the co-actor but Stone shared some steamy scenes with Michael Douglas in the film.

The reps of both the stars have denied commenting on the excerpts that have been published.

Stone recalled, that she told the producer, "It was my job to act and I said so."

The actress also mentioned the infamous and revealing scene in the movie which had her uncrossing her legs while sitting in a chair, flashing what's beneath her dress.

Stone recalled that after the scene was shot, she was called to see the shot but was surprised to find a room full of people waiting to watch it with her on the monitor.
"After we shot 'Basic Instinct', I got called in to see it. Not on my own with the director, as one would anticipate, given the situation that has given us all pause, so to speak, but with a room full of agents and lawyers, most of whom had nothing to do with the project," said Stone.

"That was how I saw my vagina-shot for the first time, long after I’d been told, 'We can’t see anything—I just need you to remove your panties, as the white is reflecting the light, so we know you have panties on.'"

Strone says she "slapped" director Paul Verhoeven "across the face" following the screening and called her lawyer, Marty Singer, who said she could get an injunction.
"First, at that time, this would give the film an X rating. Remember, this was 1992, not now, when we see erect penises on Netflix. And, Marty said, per the Screen Actors Guild, my union, it wasn’t legal to shoot up my dress in this fashion. Whew, I thought," Stone wrote.

"After the screening, I let Paul know of the options Marty had laid out for me. Of course, he vehemently denied that I had any choices at all. I was just an actress, just a woman; what choices could I have?"

The actress added, "But I did have choices. So I thought and thought and I chose to allow this scene in the film. Why? Because it was correct for the film and for the character; and because, after all, I did it."