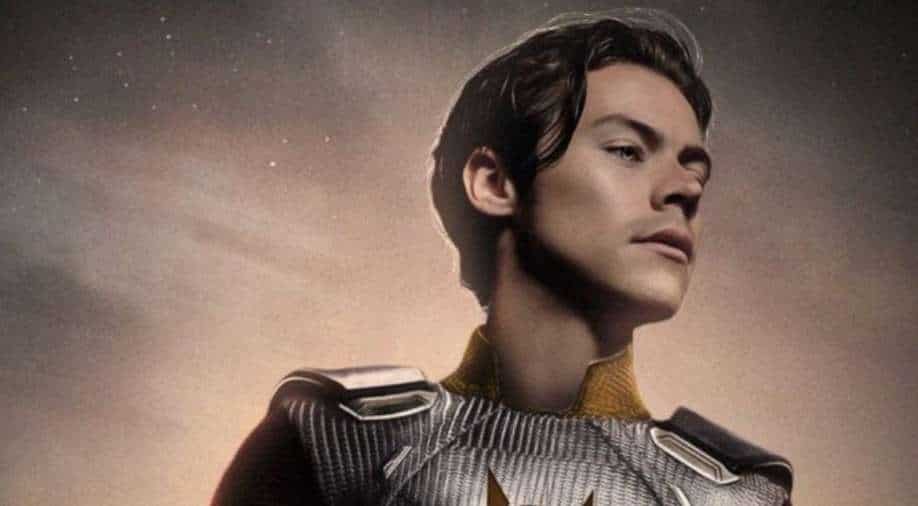 Harry Styles in a poster from Eternals. Photograph:( Twitter )

Eternals: It’s the first officially sanctioned piece about his casting.

Marvel stunned us as they teased Harry Styles’ character in the latest film ‘Eternals’ as he plays an important role. Now, Marvel Studios has unveiled a new poster for Harry Styles ‘Starfox’ character.

It’s the first officially sanctioned piece about his casting.

We saw Harry Styles in bonus post-credit scene. It shows Eros and Pip the Troll appearing before Thena, Druig, and Makkari, who are left confused and need assistance after Arishem the Judge takes Sersi, Kingo, and Phastos to pay for their actions. Eternals: Despite a massive buzz, this is one of the lowest rated MCU films

Meet the Royal Prince of Titan, brother of Thanos, the Knave of Hearts, defeater of Black Roger, the great adventurer, Starfox 🤯

‘Eternals’ is the story of an immortal alien race that, after thousands of years, comes out of hiding to protect Earth from their evil counterparts, the Deviants. Harry Styles has been on 'Eternals' director Chloe Zhao's radar since 'Dunkirk'