Mathew McConaughey's not in for mandatory COVID vaccine for kids: Need to know more 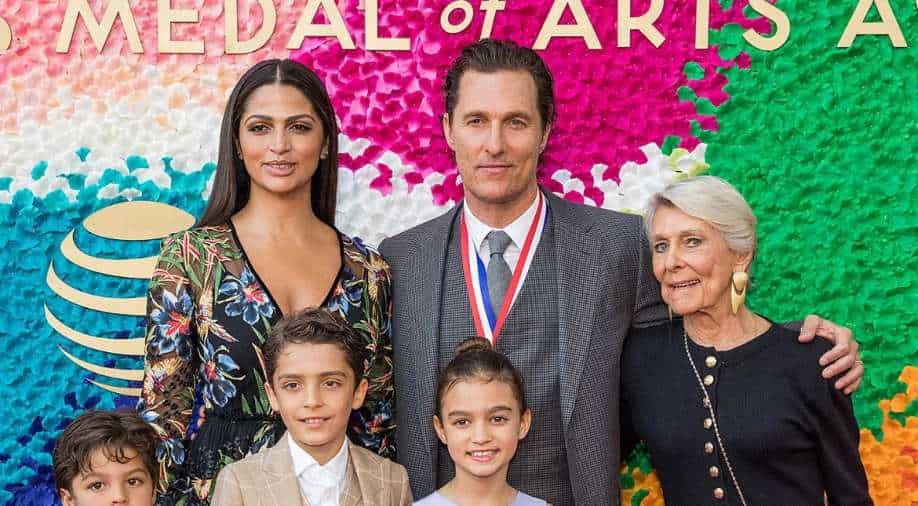 Mathew McConaughey with his family at an event Photograph:( Instagram )

"Right now I’m not vaccinating mine, I’ll tell you that," Mathew McConaughey said of his kids' vaccination status.

Oscar-winning Hollywood superstar, Matthew McConaughey, is of the opinion that children should not be obligated to get the COVID-19 vaccine. In fact, in a recent interview with The New York Times, he confirmed that his own three children are not vaccinated.

"I couldn’t mandate having to vaccinate the younger kids. I still want to find out more information," the actor was quoted as saying.

"There will come a time where you’re going to have to roll the dice one way or the other and go: ‘Where are the numbers in my favor?’" he went on to add, reportedly.

The 'Dallas Buyers Club' actor explained that he is not against the idea of children getting vaccinated but doesn’t see the need to make it mandatory. He also added that he won't be vaccinating his own children at this point in time.

"Right now I’m not vaccinating mine, I’ll tell you that," he said.

But, McConaughey made it clear that he firmly believes in the power of vaccination to keep Coronavirus at bay.

He pointed out that the Centers for Disease Control and Prevention (CDC) has only approved Pfizer’s vaccine for children ages 5 to 11 just a few days back, adding, “we just said we can vaccinate kids.”
“I’m vaccinated. My wife’s vaccinated. I didn’t do it because someone told me I had to — [I] chose to do it,” he said.