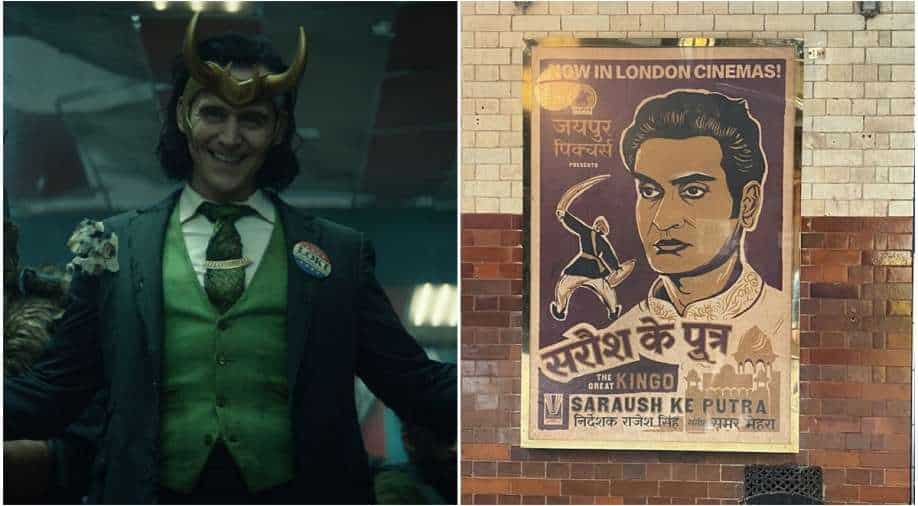 The second season of 'Loki' began filming late last year. Thus far, the Tom Hiddleston-starrer is the only Marvel Studios series to get a second season. The first season was much appreciated and ended on a cliffhanger, leading to speculation about the second entry, which was soon confirmed.

The first season had the titular supervillain-turned-anti-hero being captured by the TVA (Time Variance Authority) for his crime of deviating from his set destiny (which led to Thanos strangling him to death in 'Avengers: Infinity War').

Throughout the season he met with his parallel universe equivalent (Sophia Di Martino), called a "variant", who had changed her name from Loki to Sylvie and was similarly on the run from the TVA due to her transgressions related to time and space.

🎬|NEW: very first set photos from the shooting of Loki season 2 in London today. indicating the settings from 1970's. pic.twitter.com/9Yg2yXa0sa

The show teased the arrival of Jonathan Majors' Kang the Conqueror, who may be the next big villain of MCU.

Now, we have set photos of 'Loki' season 2. Thanks to fan accounts, they have surfaced online. Many of them feature Kumail Nanjiani's Kingo, but not in person, but rather in retro-style film posters. If you recall, Nanjiani appeared as one of the Eternals, who is hiding in plain sight among humans as a Bollywood star.

The Chloe Zhao directorial also featured a Bollywood-style dance number with Nanjiani. The London set of 'Loki' season 2 features a  film poster that reads in Hindi and English "Saraush Ke Putra" or "Sons of Saraush." There is an artistic impression of Nanjiani as well.

One of the most appealing things about MCU is its fun interconnectedness that allows movies and shows to reference other movies. It gives a definite sense of scale to a fictional cinematic universe that in way feels authentic.

Several other set photos feature Hiddleston in a tuxedo, and there is not TVA suit. This implies he may finally be free to do his own thing.

'Laal Singh Chaddha' is not 'Forrest Gump' and Aamir Khan is not Tom Hanks: A disappointing reimagining