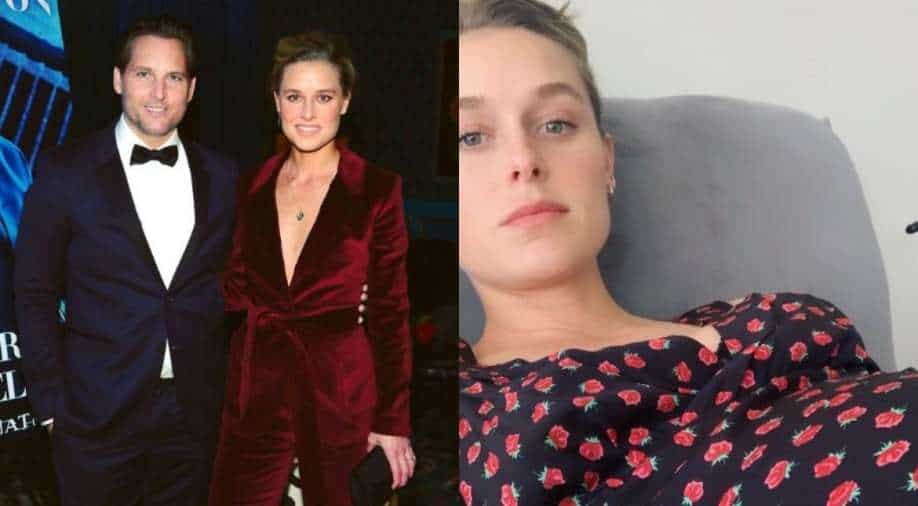 Facinelli and Harrison have been dating since 2019.

Actor Peter Facinelli and fiancée Lily Anne Harrison are expecting their first child together. Taking to social media, Lily confirmed the news on Saturday and posted a selfie in which her growing baby bump was visible. She could be seen wearing a black and red floral top. The 33-year-old ‘Vanished’ star captioned the post saying: "Not a burrito belly." Meanwhile, her fiance, Facinelli, headed to the comment section and jokingly wrote, "You’re pregnant? Why didn’t you tell me?"

Facinelli also shared the same photograph on his Instagram Stories and wrote, "Glowing…," the "Twilight" followed by a red heart emoji.

"’Can’t Hardly Wait’ to Add to my ‘coven.’ With u at my side," he wrote adding a hashtag "dadjokes".

The 48-year-old actor is a father to three daughters from his previous marriage to actress Jennie Garth, which ended after 12 years in 2013. The two got married in 2001.

As soon as the post was shared on Insta, Lily and Facinelli’s closest friends flooded its comment section with love and support for the growing family. Actress Sarah Wynter wrote, "so excited for you and @peterfacinelli LOVE this!!" DJ Lindsay Luv added, "Yessss!!!!! Can`t wait to meet this beautiful bb."

Facinelli and Harrison started dating in 2019. The ‘Twilight’ actor had proposed to her before ringing in 2020 during a romantic beachside dinner at the Estrella del Mar Beach and Golf Resort in Mazatlan, Mexico. Facinelli was previously engaged to actor Jaimie Alexander and dated for three years. They call it quits in 2016.