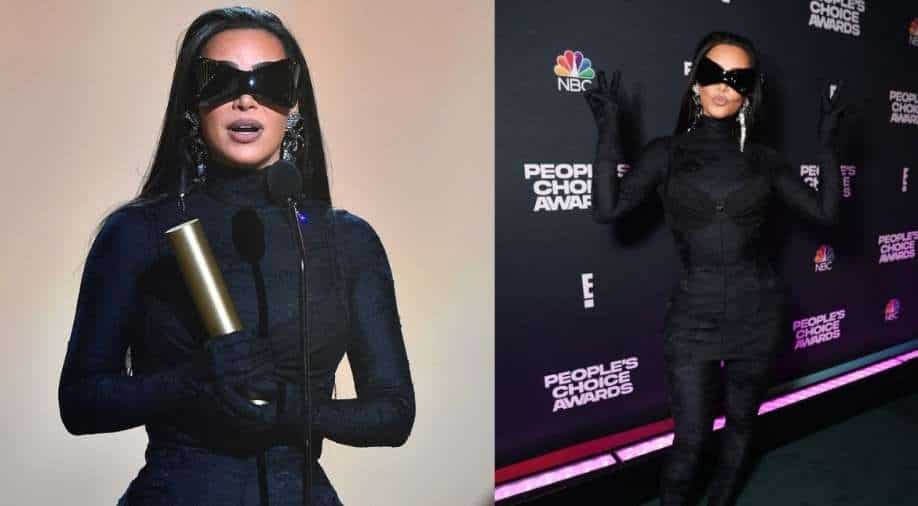 As she came onto the stage and took the People's Fashion Icon award, Kim Kardashian gave a speech that included references to designers she’s collaborated with and ex husband Kanye West who introduced her to the fashion world.

Who does fashion like Kim Kardashian? Nobody, right? So when she was given the The Fashion Icon Award for 2021, everyone knew this was well deserved. Dressed in a stunning black jumpsuit with matching gloves and sunglasses, Kim Kardashian came to receive the award from last year’s winner, Tracee Ellis Ross.

As she came onto the stage and took the award, Kim gave a whirlwind speech that included references to designers she’s collaborated with and ex husband Kanye West who introduced her to the fashion world. People’s Choice Awards: Dwayne Johnson, Scarlett Johansson clinch top prizes

Kim said, "To receive the award from the fashion icon herself. I am so honored. Thank you."

Praising Kanye, she said, "To Kanye, for really introducing me to the fashion world. I fell in love with fashion and I'm so inspired by so may people but again, this is like a dream that I get to wake up and wear these amazing clothes and try new things and take a risk. I'm so humbled." Holly Madison on Playboy mansion: Hugh Hefner gave drugs to women for sex

Jen Neal, Executive Vice President, Entertainment Live Events, Specials & E! News, NBCUniversal Entertainment Television and Streaming, said in a statement when announcing Kardashian West's Fashion Icon honor said, "For nearly two decades, Kim Kardashian West's style evolution has disrupted and influenced trends on a global level and cemented herself as a force to be reckoned with within the fashion industry. For being a cultural inspiration, trailblazer and so much more, we can't wait to honor Kim with this year's 'People's Fashion Icon' award." Viral video: Pakistani bride's Shah Rukh Khan-themed pre-wedding function is pure love!