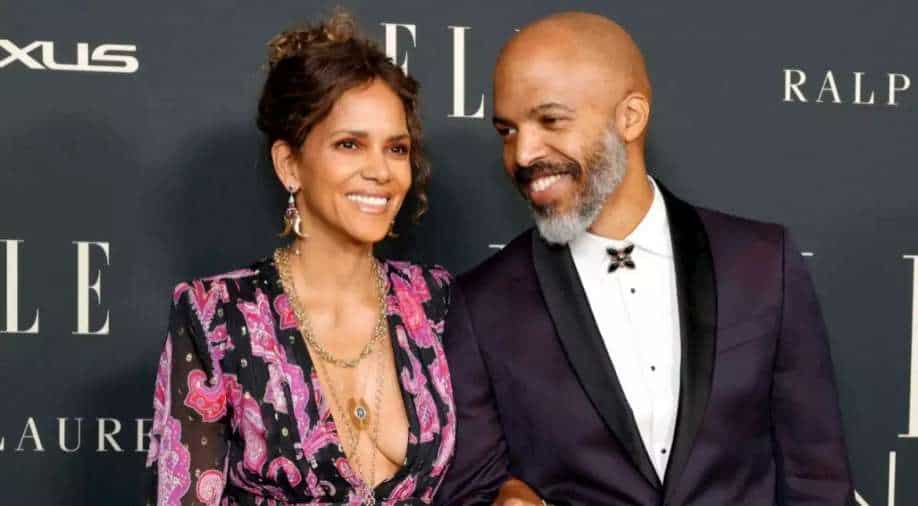 Halle Berry and van Hunt share a sweet moment at the red carpet of a recent event Photograph:( Twitter )

Halle Berry has just fooled all her followers and even her friends from the industry.

The Oscar-winning actress caused a stir as she sparked marriage rumours with her boyfriend Van Hunt.

Berry started her New year 2022 by playing a prank. Taking to her Instagram, the actress posted a picture of her with beau Van Hunt, looking at each other kissing in front of what appeared to be a wedding chapel with the caption, "well…IT’S OFFICIAL!,"

Did Queen Elizabeth break tradition by honouring Daniel Craig with a CMG award?

Looking at the photo and caption looks like it's an announcement post of their wedding, but as you swipe in search of more photos you will find out the truth.

"We were just having some New Year's Day fun! People clearly don't swipe as much as we thought they did. Thank you for the well wishes, tho', it really touched our hearts," Berry clarified. "Now it's OFFICIAL, the internet is no longer undefeated'', adding hashtags, "nomoreswipes4me" and "Januaryfoolsday."

Not only fans and followers, but some celebrities including Dwayne Johnson, Octavia Spencer, Ava DuVernay and others fell for the prank as well, and started sending well wishes for the couple. “Blessings, Queen! Wonderfulllll,” DuVernay commented.

Halle and Van first announced their relationship on Instagram in September 2020. Berry has been sharing stunning pictures from her trip. In one of the posts, she wrote, "I hate when people say you don’t need alcohol to have fun! you don’t need running shoes to run but it F*****G helps!"