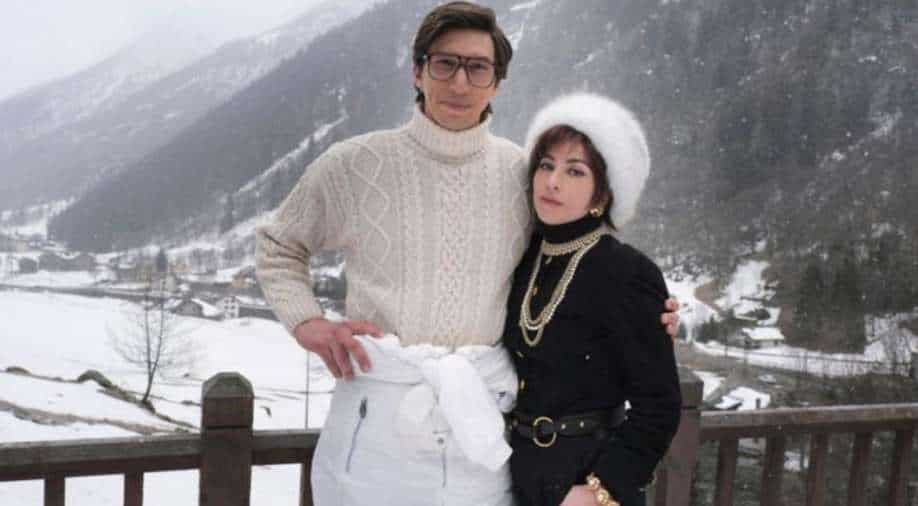 It is Lady Gaga’s first acting project since she created a buzz with her stellar performance in ‘A Star Is Born’ with Bradley Cooper.

Lady Gaga and Adam Driver look great together in the recently released first look from their upcoming film ‘House of Gucci’ by director Ridley Scott.

It is Lady Gaga’s first acting project since she created a buzz with her stellar performance in ‘A Star Is Born’ with Bradley Cooper. Gaga shared the first look from ‘House of Gucci’ since they continue to film for the feature as of now in Europe.

Scheduled to hit the theatres on November 24, 2021, the film will chronicle the life of Italian socialite Patrizia Reggiani’s orchestration to assassinate her ex-husband in the 1990s, head of the Gucci fashion label, Maurizio Gucci.

Check out the picture here:

In the picture shared, Lady Gaga and Adam Driver’s characters strike a handsome pose while she wears bling and a not-to-miss winter headwear while Adam is seen in a chunky sweater and glasses.

Ridley Scott and Adam Driver will also be seen collaborating on another feature, historical drama ‘The Last Duel’ starring Matt Damon and Ben Affleck. It arrives in theaters October 15.

Beyonce gives a shout out to Meghan Markle post bombshell interview: Thank you for your courage and leadership