Beyonce gives a shout out to Meghan Markle post bombshell interview: Thank you for your courage and leadership 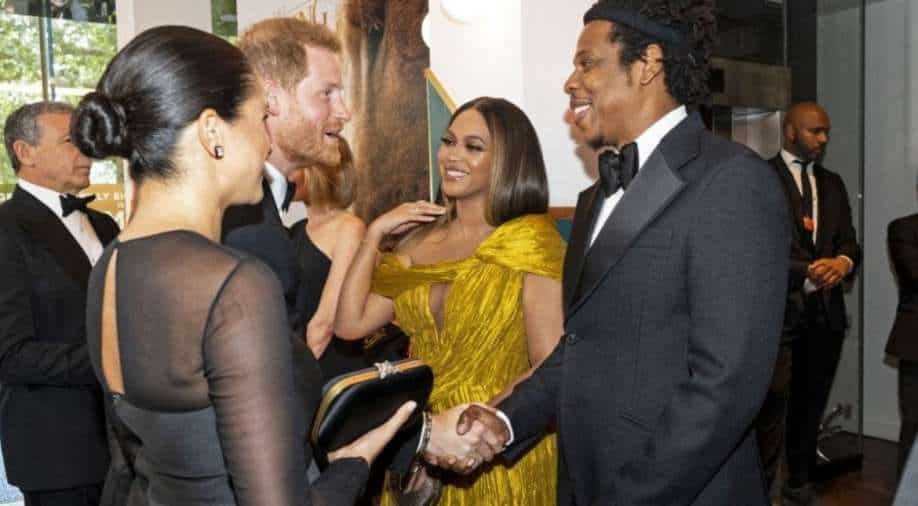 The bombshell interview of Meghan-Harry saw a barrage of explosives.

After Meghan Markle and Prince Harry’s interview stormed the world especially the British monarchy with its revelations, Beyonce has come out in support of the Duchess.

Pop star Beyonce posted: "Thank you Meghan for your courage and leadership. We are all strengthened and inspired by you."

The bombshell interview of Meghan-Harry saw a barrage of explosives -- from her going through mental health issues and wanting to do suicide to racist attacks on her then-unborn baby from the royals -- has opened a can of worms. Royal concerns on Archie's skin colour to having suicidal thoughts, Meghan Markle tells all in Oprah interview

Beyonce shared a photo of their meetup from the year 2019 when both Beyonce and husband Jay-Z had met up with Prince Harry and Meghan Markle. The meetup had become famous then as Beyonce broke the royal protocol and hugged the former royals.

Back then, royal expert Katie Nicholl had said that the two former royals gave Beyonce the special treatment. They were both very happy to meet the diva.

Prince Harry, Meghan interview is the most-watched show since the Oscars 2020