EXCLUSIVE! Jennifer Lawrence: I felt like a radio contest winner when I met Ariana Grande 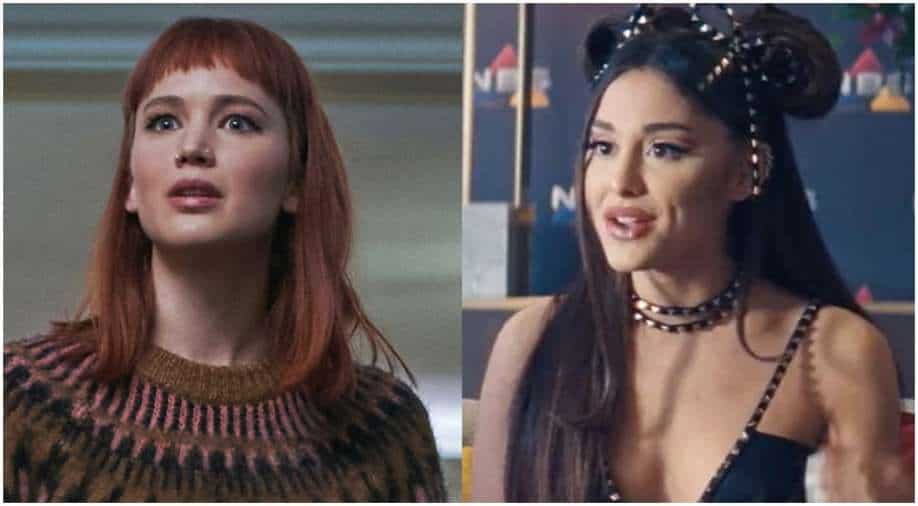 Jennifer Lawrence once made the famous statement of 'fangirling hard' on Ariana Grande Photograph:( Others )

The heavily pregnant Hollywood megastar, Jennifer Lawrence, who will seen be seen in the forthcoming satire 'Don't Look Up', was part of an exclusive, invite-only global press conference where she addressed the international media along with her cast members.

She won her first ever Oscar ('Silver Linings Playbook', 2012) at the ripe age of 25, and yet, meeting celebrities from other verticals leave her 'shocked' and struggling for the right words to 'talk'. That's Jennifer Lawrence for you!

The heavily pregnant Hollywood megastar, who will be seen in the forthcoming satire 'Don't Look Up', was part of an exclusive, invite-only global press conference--that WION took part in--with the international media where 305 entertainment reporters from around the world got to hear and witness the stellar star cast speak about their film.

During the entire conversation, also comprising Meryl Streep, Tyler Perry with director Adam McKay, Jennifer Lawrence spoke about her notorious wig in the movie (no, she didn't take it home!), her banter with Leonardo DiCaprio and Jonah Hill, among other interesting topics pertaining to the upcoming release.

One topic that really got her laughing and blushing was when her now-famous quote--of fangirling hard on Ariana Grande--came up.

JLaw, as she is popularly known as, revealed to us that her first reaction upon meeting Ariana Grande was: "She is so tiny!" "I mean it (the meeting) was shocking. She's so tiny. And I mean I'm a huge fan of her music and Scott's. It's just like, you know, like overwhelming. 'Cause our worlds don't normally collide. I just felt like a radio contest winner. I just didn't know how to talk to her. So I just, you know, did my best. Yeah, she was terrific," Jennifer Lawrence, who plays the character Dr. Kate Dibiasky in 'Don't Look Up', told us.

For the uninitiated, American music sensation Ariana Grande will be seen playing the role of a pop star, Riley Bina, in the science movie.

'Don't Look Up' will start streaming on Netflix from December 24.