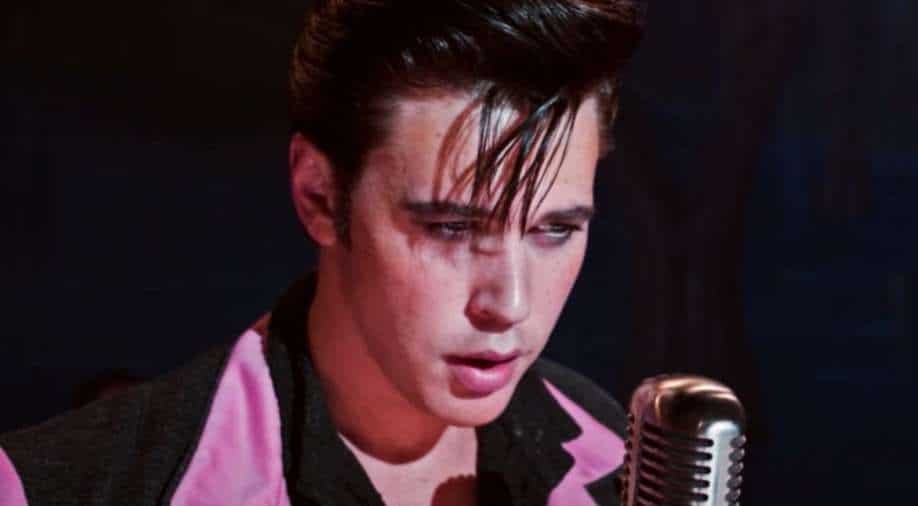 'Elvis' was locked in a dead heat with 'Top Gun: Maverick' -- the crowd-pleasing sequel to the original 1986 film that once again features Tom Cruise as cocky Navy test pilot Pete 'Maverick' Mitchell.

Baz Luhrmann's rock'n'roll biopic 'Elvis' hip-swivelled to the top of the box office on its opening weekend in North America, taking in an estimated $30.5 million in a rare tie with 'Top Gun: Maverick,' industry watcher Exhibitor Relations reported Sunday.

The nearly three-hour-long extravaganza by director Luhrmann, known for glitzy films like 'Moulin Rouge!' and 'The Great Gatsby,' brought in nearly double the average for the musical biography genre, said analyst David A. Gross of Franchise Entertainment Research.

'Elvis' review: Austen Butler and Tom Hanks shine in a fitting biopic on the King of Rock and Roll

Despite being a "risky proposition," in part for casting relative newcomer Austin Butler as Elvis Presley alongside Tom Hanks as his exploitative manager, Colonel Tom Parker, the film has impressed audiences and critics, Gross said.

"This is the Baz Luhrmann show, a music, dance and sex appeal spectacular -- it's a hit," he said.

'Elvis' was locked in a dead heat with 'Top Gun: Maverick' -- the crowd-pleasing sequel to the original 1986 film that once again features Tom Cruise as cocky Navy test pilot Pete "Maverick" Mitchell.

It also earned an estimated $30.5 million in its fifth weekend of release.

It is now the highest-grossing film of the year worldwide, breaking the $1 billion mark with nearly $522 million in ticket sales in North America and $484 million overseas.

The fourth spot went to the horror film "The Black Phone" starring Ethan Hawke as a serial killer, which earned $23.4 million on its opening weekend.

"Lightyear," Pixar and Disney's latest computer-animated offering from the "Toy Story" empire, took the fifth position with $17.7 million in its second week.

The spinoff from the wildly successful animation series stars Chris Evans and has taken $88.8 million domestically and $63 million overseas, after a lacklustre opening.

"Doctor Strange in the Multiverse of Madness" ($1.7 million)