Dwayne Johnson's 'The Scorpion King' to get a reboot 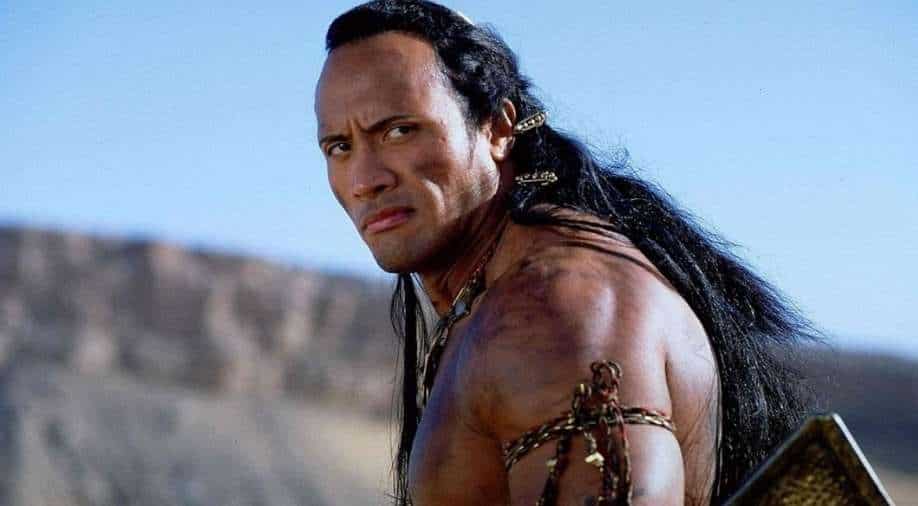 The film will have screenwriter Jonathan Herman, who earned an Oscar nomination for Straight Outta Compton.

Dwayne Johnson led ‘The Scorpion King’ is making a comeback but sans The Rock.

Universal is developing a reboot of the 2002 hit film.

The film will have screenwriter Jonathan Herman, who earned an Oscar nomination for Straight Outta Compton. It will be produced by Dwayne Johnson’s Seven Bucks Productions.

‘Scorpion King’ was a spinoff of Brendan Fraser's ‘The Mummy’ series, which saw Dwayne Johnson's Scorpion King serve as an antagonist of 2001's ‘The Mummy Returns’. Then he did a prequel story in which he led as the desert warrior Mathayus.

The ‘Scorpion King’ reboot will be a contemporary take not set in the distant past like the original. Johnson will not reprise his role as the titular character, but may appear in the film in another capacity.

In a statement, Dwayne Johnson said, “The Scorpion King was my very first role ever on the silver screen and I’m honored and excited to reimagine and deliver this cool mythology to a whole new generation. I wouldn’t have had the career I’m lucky enough to have had it not been for The Scorpion King and I’m thrilled that we at Seven Bucks Productions can help create those same opportunities for other hard working actors today. I believe Jonathan Herman will put in the hard work to deliver a fantastic script for our global audience.”

“The original Scorpion King was a crucial catalyst helping to catapult us into the world of film,” added Garcia. “To be able to now produce the next iteration as part of our Seven Bucks Productions slate is a special, full circle moment, a testament to what we have been fortunate enough to build for our audience and ultimately a humble reminder of the timeless value of authentic storytelling.”

Dwayne Johnson reveals he and family have recovered from COVID-19, urges fans to wear masks