Dwayne Johnson reveals he and family have recovered from COVID-19, urges fans to wear masks 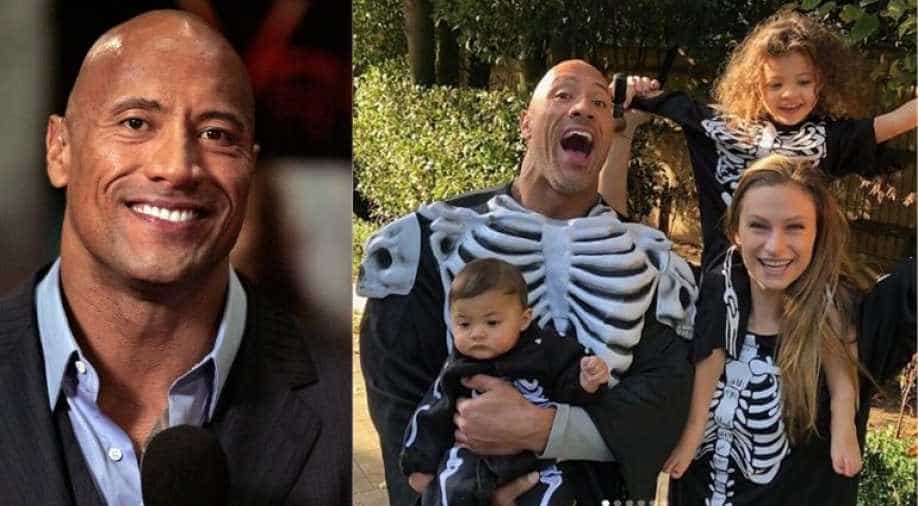 Johnson said in the Instagram post that he and his spouse, Lauren and their daughters, Jasmine, 4, and Tiana, 2, caught the virus about 2-1/2 weeks ago.

Pro-wrestler turned Hollywood actor Dwayne 'The Rock' Johnson revealed in a video message that he, his wife and their two young children tested positive for COVID-19 in recent weeks but that they all have recovered and are healthy. The video was shared by Johnson on his social media page.

Johnson, 48, said in the Instagram post that he and his spouse, Lauren, 35, and their daughters, Jasmine, 4, and Tiana, 2, caught the virus about 2-1/2 weeks ago - despite being "disciplined" about avoiding infection - from "very close family friends" whom he said had no idea how they had become infected.

Johnson is the world's top-paid actor and is has 196 million followers on his Instagram. Johnson used the platform to urge his followers to wear masks and avoid "politicizing" the pandemic.

"This has been one of the most challenging and difficult things we have ever had to endure as a family," said Johnson.
"I wish it was only me who tested positive. But it wasn't -- it was my entire family, so this one was a real kick in the gut," he added.

Stay disciplined. Boost your immune system. Commit to wellness. Wear your mask. Protect your family. Be strict about having people over your house or gatherings. Stay positive. And care for your fellow human beings. Stay healthy, my friends. DJ 🖤 #controlthecontrollables

The actor revealed that his young children Jasmine and Tiana Gia had few symptoms, but Johnson and his wife Lauren "had a rough go," he said.

The coronavirus pandemic has brought Hollywood to a virtual standstill, with movie productions only recently re-starting in Los Angeles under strict conditions and with skeleton crews.

Top Hollywood stars including Tom Hanks, Antonio Banderas and Idris Elba have tested positive for the illness but made full recoveries.