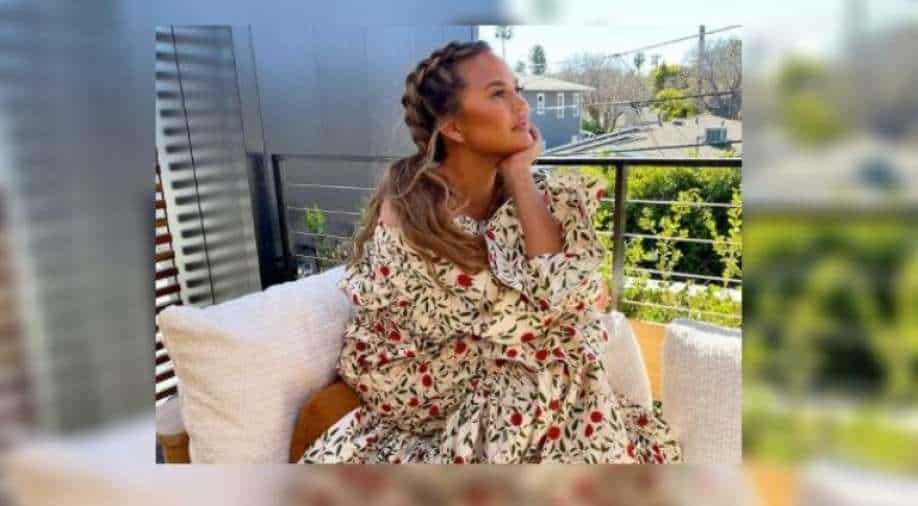 Stodden, who identifies as non-binary, called Teigen out for years of unwarranted social media bullying

Amid a cyberbullying scandal fallout, American model and TV personality Chrissy Teigen recently appeared in a car selfie and seemed to be confident. The star was accused of cyberbullying by reality stars Courtney Stodden, Farrah Abraham, Lindsay Lohan among others and others.

According to Fox News, the `Cravings` cookbook author has had a slow comeback to social media after staying silent in the wake of the fallout from her cyberbullying scandal.

On Friday, the model posted a close-up selfie showing off her nose ring, oversized sunglasses and a peek at her wedding ring while out for a drive. Teigen, who called herself a "troll" in a lengthy apology earlier this month, appeared confident as she captioned the pic, "will never stop saying yolo." `YOLO` is an acronym that stands for the saying "you only live once."Just days ago, Teigen had spoken out for the first time on camera since becoming the centre of a cyberbullying scandal.

She was captured by TMZ as she pulled into the carport of her West Hollywood abode on Monday. Teigen fielded a number of questions regarding the viral spiral that has led to her stepping away from partnerships and retailers shelving her products."I have no idea about the Oprah interview," Teigen said of reports she is "in talks" for a potential Meghan Markle-style sit-down chat with Oprah Winfrey. The mother of two also said that she`s been doing "good" amid the public debacle while laughing at other questions pointed at Courtney Stodden.

Stodden, who identifies as non-binary, called Teigen out for years of unwarranted social media bullying and recently said they would "consider" joining Teigen during the sit-down "if it helps people." As per Fox News, elsewhere in the interview, Teigen also shared that she has been leaning on her husband singer John Legend through the difficult time.