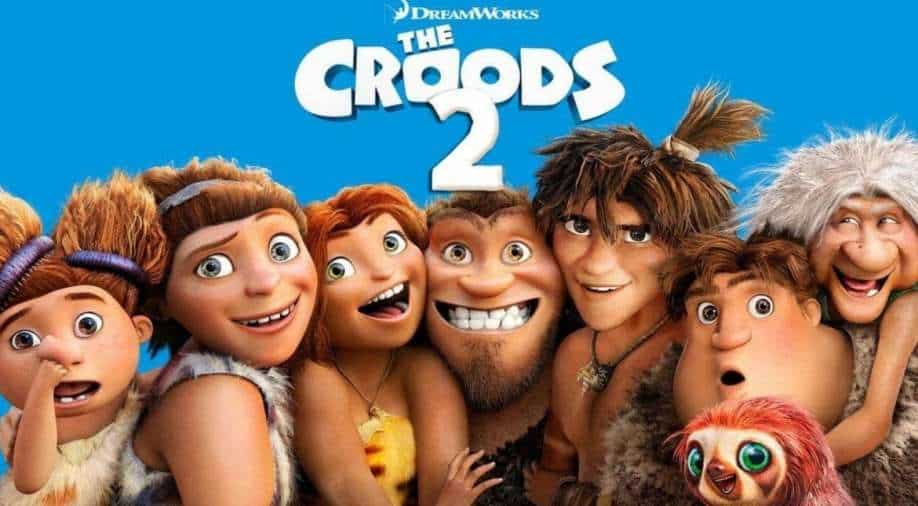 Overseas, “The Croods” sequel earned another $8.4 million for a global tally of $76.3 million.

Universal’s animated adventure “The Croods: A New Age” led another quiet weekend at the domestic box office. The film generated $3 million in its third weekend of release, bringing its total to $24.1 million.

Overseas, “The Croods” sequel earned another $8.4 million for a global tally of $76.3 million.

Thanks to an unprecedented agreement that allows Universal Pictures to put new releases on demand within weeks of their theatrical premieres, the studio has been more willing than rivals to unveil smaller-scale movies during the pandemic. That’s resulted in Universal and its specialty label Focus Features dominating over U.S. charts. Three of the top five highest-grossing movies this weekend belong to the Comcast-owned studio.

In second place, the Focus Features comedic drama “Half Brothers” brought in $490,000 from 1,386 screens. After two weeks in theaters, the movie has made $1.3 million.

Perennial holiday favorite “Elf,” the Will Ferrell comedy that debuted in 2003, secured the No. 3 spot, collecting $400,000 over the weekend.

Pandemic-era sleeper hit “The War With Grandpa” rounded out the top five. The Robert De Niro-led comedy has been an unexpected mainstay on box office charts during the coronavirus crisis. After more than two months in theaters, the film added another $260,000 in ticket sales this weekend. That brings its domestic tally to $17.96 million.

There hasn’t been any new releases in the whole of US since “The Croods: A New Age” launched around Thanksgiving.

However, “Wild Mountain Thyme,” a romantic drama starring Emily Blunt and Jamie Dornan, bowed in limited release. The poorly reviewed film brought in $100,466 from 450 theaters, averaging to $223 per location. John Patrick Shanley, the screenwriter of “Moonstruck,” wrote and directed the Ireland-set “Wild Mountain Thyme,” based on his Tony-nominated play “Outside Mullingar.”

Movie theaters have been devastated by the pandemic. The few that remain open are hoping salvation comes around Christmas, in the form of a lasso-toting Gal Gadot. “Wonder Woman 1984,” the sequel to Warner Bros. 2017 smash hit “Wonder Woman,” is touching down in U.S. cinemas on Dec. 25 -- the same day it lands on the streaming service HBO Max.

The popular DC Comics heroine won’t be the only newcomer over the holidays. “News of the World,” a Tom Hanks Western drama, and Carey Mulligan’s revenge thriller “Promising Young Woman” (from Universal and Focus, respectively) are also debuting on Christmas Day.