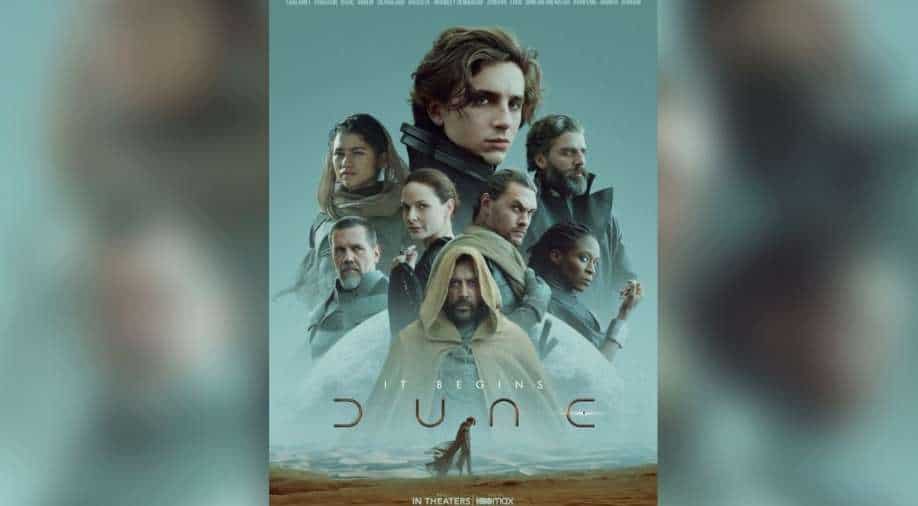 US and UK posters of 'Dune' feature Sharon Duncan-Brewster prominently along with other cast members Photograph:( Twitter )

Black British actress Sharon Duncan-Brewster who plays a major role in recently released sci-fi 'Dune' featured with other cast members in the posters of the film. But the new poster that has been made for the Chinese audience, does not feature the actress at all. The British actress has Trinidadian heritage.

The film's UK and US posters features the actress prominently but according to reports, she has been removed from promotion for the film in China.

Sharon's omission from the poster was highlighted by the China Africa Project - a US-based organisation that aims to explore 'every aspect of China's engagement with Africa'. In a tweet, it claimed the poster had been 'airbrushed' to remove Sharon Duncan-Brewster.

The Chinese state media dubbed the new move as a 'smear'.

It is not clear if the new poster was designed by Warner Bros or Legendary East, the firm responsible for distribution in China. Both firms so far have not responded to the matter.

This is not the first time that Hollywood has altered posters for China on racist lines. Six years ago, black star John Boyega's image was dramatically reduced in size in the Chinese poster for 'Star Wars The Force Awakens'.

In 2015, Boyega - who played the prominent character Finn in the new Star Wars film - featured much less prominently in the Chinese poster. The move prompted accusations of racism.

Other characters Chewbacca and Oscar Isaac's Poe Dameron were also missing, while droid BB-8 was much larger in the Chinese version.

Hollywood, in fact, has been accussed of making changes to its films to appease the Chinese authorities.

In 2020, Marvel was accussed of 'whitewashing' a Tibetan character from its 2016 film 'Dr Strange' over alleged fears that it would harm the film's chances of success in China. The character was though played by British actress Tilda Swinton.

'Dune' was released in China last Friday. The film has done good business in the US and proved to be the biggest opener this year for Warner Bros with the studio announcing a sequel to the film - scheduled to release in 2023.