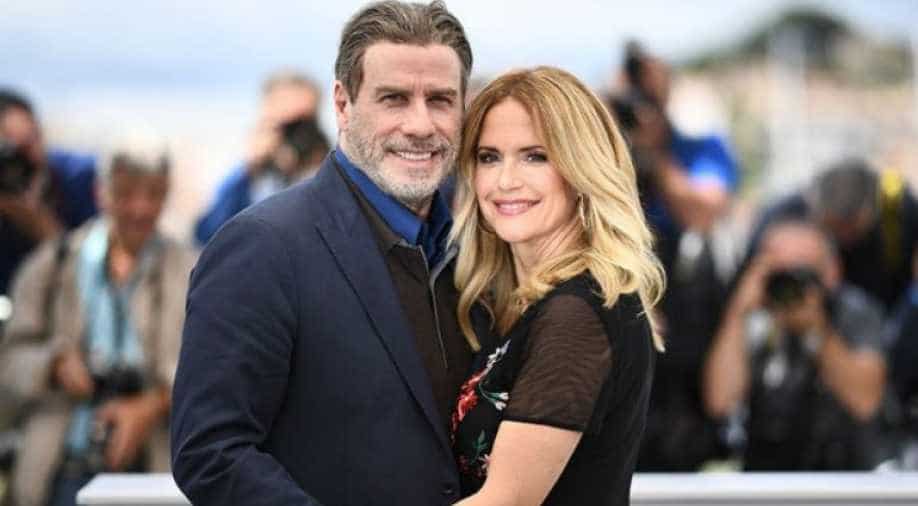 As Kelly Preston breathed her last on Sunday, it brought an end to one of the most famous love stories of Hollywood.

John Travolta and Kelly Preston belonged to an industry where relationships and marriages don't last long. But the two actors defied Hollywood norms and were together for 29 years.

Travolta announced the sad demise of his wife Kelly Preston after a two-year-long battle with breast cancer.

The American actress is survived by her husband, and their children, daughter Ella, 20, and 9-year-old son Benjamin.

Just hanging out on a Saturday afternoon! ♥️

As Preston breathed her last on Sunday, it brought an end to one of the most famous love stories of Hollywood.

John Travolta , star of '80s hit films like 'Grease' and 'Saturday Night Fever' met Preston for the first time at a screen test in 1987 for the movie 'The Experts'- which the two actors eventually starred in. Preston was at that time married to fellow actor Kevin Gage.

Years later during an interview with Andy Cohen, Preston recalled that for Travolta it was 'love at first sight'.
When Preston was asked if it was the same for her, she said, "Kinda" and laughed and added, "I was not that happily married let's put it that way. I was really with the wrong person."

Preston eventually divorced Gage in 1987 and dated actors George Clooney and Charlie Sheen before settling for Travolta. The couple dated for four years before Travolta proposed to Preston in 1990 during a vacation together in Switzerland.  The couple got married in France in 1991.

Death of their firstborn

The couple suffered immeasurable pain in 2009 when they lost their 16-year-old son Jett who died after suffering a seizure at his family's vacation home in the Bahamas. Jett was the couple's firstborn.

"It's the worst thing that's ever happened in my life," Travolta told Us Weekly in January last year. "The truth is, I didn't know if I was going to make it."

To my sweet love, Jett... you are in our hearts forever. I send love to all of the beautiful autistic children and the wonderful people who love them. May we all shine and grant love and respect to children with special needs💕 #autismawareness #autism

A house caretaker found Jett unconscious in a bathroom after hitting his head. He was taken by ambulance to a local hospital, where he was pronounced dead. Jett had been diagnosed with Kawasaki disease, a condition that can cause inflammation of the arteries when he was 2 years old.

Post his death, Travolta credited Church of Scientology for helping him cope with the family tragedy. "The church never left our side for two years," said Travolta. "I don't know if I would have made it through without their support."

The couple was often asked the secret behind their long-lasting marriage. In a 2017 interview that they did together, Travolta said they always stayed in touch with one another and changed the dynamics of their relationship with changing times.

"We really care deeply about each other and we protect each other — and we keep (our relationship) up to date," Travolta had said.

"Keep checking in and keep growing and changing. Keep doing things, just the two of you," Preston had added.