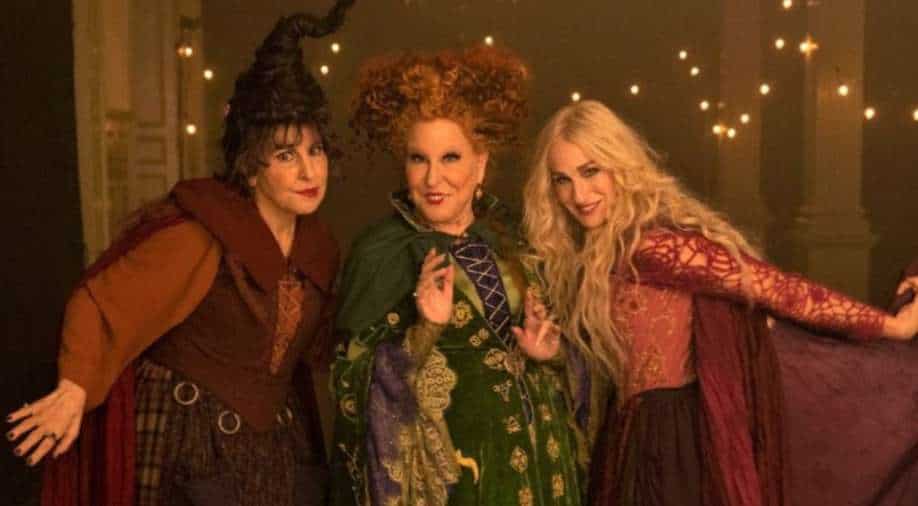 Sam Richardson, Doug Jones, Hannah Waddingham, Froyan Gutierrez, and Tony Hale are among the other actors who appear in ‘Hocus Pocus 2’.

The Sanderson Sisters are back in the first ‘Hocus Pocus 2’ teaser trailer and still have a childish appetite. The famous Halloween film’s sequel, which takes place 29 years after the first one, reunites Bette Midler, Sarah Jessica Parker, and Kathy Najimy as Winifred, Sarah, and Mary Sanderson, respectively. Three high school kids, played by Whitney Peak, Belissa Escobedo, and Lilia Buckingham, are seen in the teaser scene talking about their plans for that evening.

The girls try to flee, but as they do, a crimson crack appears in the ground beneath them.

"Lock up your kids," said Winifred (Midler). "Yes, Salem. We're back!" In a nod to the scenes in ‘Hocus Pocus’ where everyone mistakenly believes the witches to be ladies simply dressing up as the witches, the villagers then greet the witches while dressed as the Sanderson Sisters.

When warned that they are likely searching for the stage, Winifred, played by Midler, responds, "Always." It's up to three high school students to prevent the revenge-seeking, voracious witches from heaping a new type of havoc on Salem before dawn on All Hallow's Eve.

Sam Richardson, Doug Jones, Hannah Waddingham, Froyan Gutierrez, and Tony Hale are among the other actors who appear in ‘Hocus Pocus 2’.

The sequel premieres on Disney+ Hotstar on September 30.