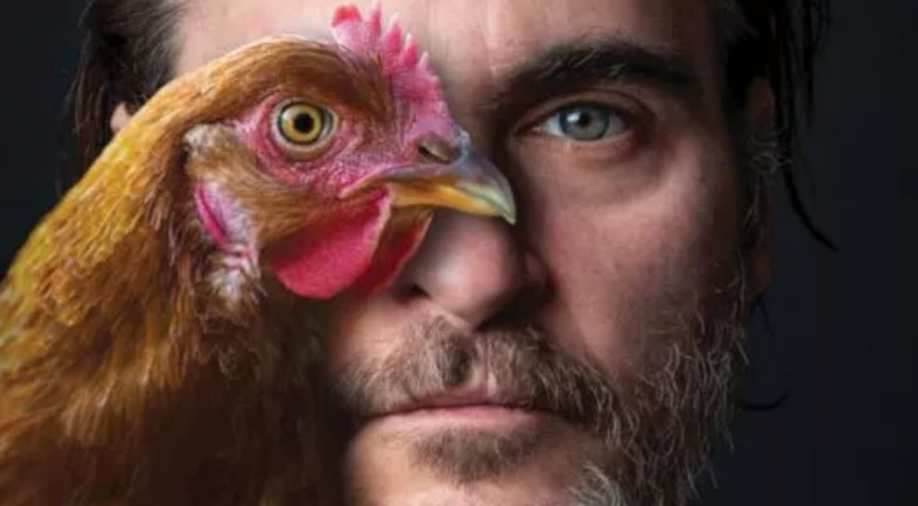 Earlier, Indian dairy company Amul came under fire when it posted a tribute for Oscar-winning actor Joaquin Phoenix in which he is fed butter even though he is a vegan in real life.

Oscar-winning actor Joaquin Phoenix featured in a new PETA (People for the Ethical Treatment of Animals) ad to remind fans that “We Are All Animals’, days after he mentioned being a vegan in his acceptance speech at The Academy Awards 2020.

Listen to his speech here:

In the advertisement, Joaquin urges people to “live vegan” and help "end speciesism". The idea stems from the belief that -- despite their extraordinary talents, abilities, and intelligence -- all other animal species are inferior to humans.

“When we look at the world through another animal’s eyes, we have to realise that inside we’re all the same – and so we all deserve to live free from suffering,” said Phoenix, who has been vegan since he was 3 years old.

Billboards featuring the ad have gone up in Delhi, Mumbai, and Bengaluru.

This advertisement comes days after an Indian dairy company came under fire on the internet when it posted a tribute to Joaquin after the actor won his Best Actor Oscar for his leading role in ‘Joker’. He was seen being fed butter by the Amul girl. PETA India had criticised Amul for being insensitive and feeding a dairy product to a vegan, a person who eats plant-based diet. Post the online furore, PETA India had sent a letter to RS Sodhi, managing director of Gujarat Cooperative Milk Marketing Federation, urging Amul to switch to manufacturing plant-based milks.

Also, there was a video that surfaced online in which Joaquin Phoenix was seen saving a cow and its calf on its way to a slaughterhouse. The video went viral and was much appreciated by those who follow a vegan lifestyle.