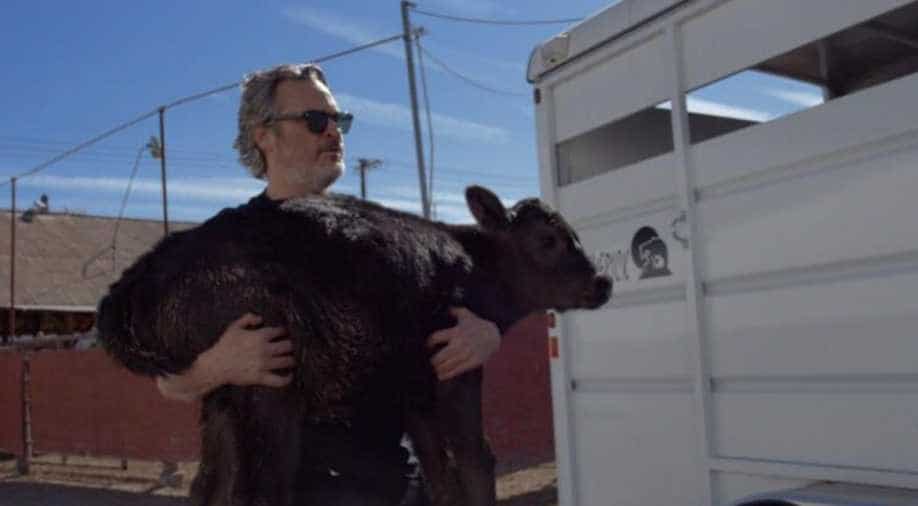 Joaquin and the rest of the rescue staff have taken the cows to a Farm Sanctuary in north Los Angeles County.

This man walks the talk as Oscar-winning actor Joaquin Phoenix is reported to have saved a calf and its mother from a slaughterhouse, days after his award-winning acceptance speech that deserves an award of its own!

Joaquin made a special emphasis on cows and how we, humans, for our own greed, separate the mother from its calf for our dairy needs. The acceptance speech at the 92nd Academy Awards had made quite a stir on the social media as people spoke about it at length. Indian dairy company even made a faux pas when it paid a tribute to Joaquin via a caricature where the Amul girl feeds the actor some butter on winning Best Actor Oscar.

Meanwhile, as for the calf and its mother, Joaquin saved -- he accompanied Los Angeles Animal Save, a nonprofit that holds peaceful vigils at local slaughterhouses, to rescue a calf and its mother. He met with a cow named Liberty who'd given birth to a calf called Indigo. As he met the owner, Joaquin felt that Liberty "opened his heart" to him.

The slaughterhouse owner let Joaquin leave with Liberty and Indigo.

In a statement, Joaquin said, "I never thought I'd find friendship in a slaughterhouse.”

Now, Joaquin and his Oscar-nominated fiancée, Rooney Mara, and the rest of the rescue squad have taken the cows to a Farm Sanctuary in north Los Angeles County.