50 Cent gets a star on Hollywood Walk of Fame as Eminem, Dr Dre come to support him 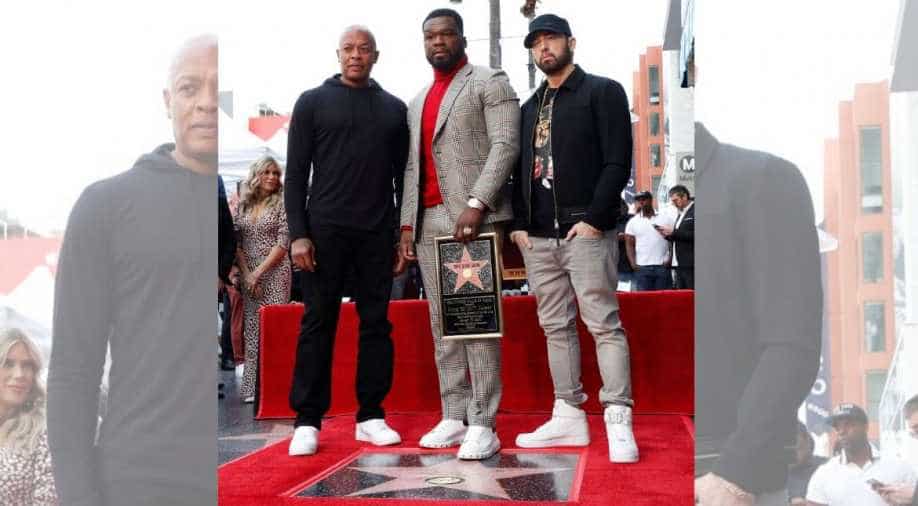 Curtis Jackson who is famous among his fans as 50 Cent earned the coveted star on Thursday.

Curtis Jackson who is famous among his fans as 50 Cent earned the coveted star on Thursday. The 44-year-old had the support of Eminem and Dr. Dre as they posed and chatted with those present to see the rap star getting honoured. The three posed for the cameras for an epic photo at the ceremony.

It was almost like the coming back of ‘In Da Club’ rapper that had the three rap stars. The trio go back a long way, as long as Dr. Dre and Eminem getting 50 Cent signed to Dre’s Aftermath Records back in 2002, as well as overseeing the release of his debut album Get Rich Or Die Tryin’.

50 Cent was flanked by Dr. Dre and Eminem as he unveiled his star on the Hollywood Walk of Fame. https://t.co/bcKPu2LsiU

Eminem even gave a speech at the induction ceremony as he threw some light on their 18-year-old friendship. He said, “I have a clear memory of the first time I met 50. One of the things I noticed when he first walked into the room was his presence. The way he carried himself, he just seemed like he was going to be a star. The swagger, everything…the charisma and the personality — everything matched the intensity of his music.”

He continued, “I’m here today because he’s not only a business partner to me, this is one of the best friends I’ve known in the world…He’s always been there when I needed him.”