'Gully Boy': Ranveer Singh gets together with Divine, Naezy for 'Mere Gully Mein' 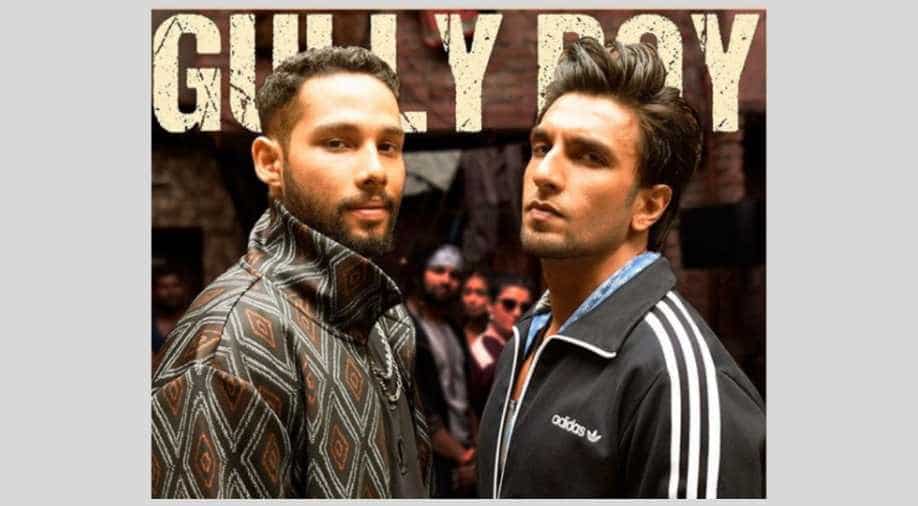 Ranveer Singh starrer ‘Gully Boy’ released another song today as the actor got together with rappers Divine and Naezy to croon a special version for the film. Watch trailer here.

Titled ‘Mere Gully Mein’, the song has feels of the original version that was sung by the rappers and also includes Ranveer Singh crooning to it as it introduces him to the world of rap music. It is a fresh sound for Bollywood, especially since it’s the first time that a Hindi film is made on the lives of Indian street rappers. Also read: I am born to do Gully Boy: Ranveer Singh

The song has been composed by Divine, Naezy & Sez. This song too, like the album’s first track ‘Apna Time Aayega’, introduces desi hip hop to Bollywood fans.

Listen to the recreated version here:

The film is loosely based on the lives of Divine and Naezy, streets rappers of Mumbai. See posters of the film here.

Meanwhile, this is the original song:

‘Gully Boy’ is directed by Zoya Akhtar and also stars Alia Bhatt, Kalki Koechlin and Vijay Raaz among others. It is slated to release on February 14.