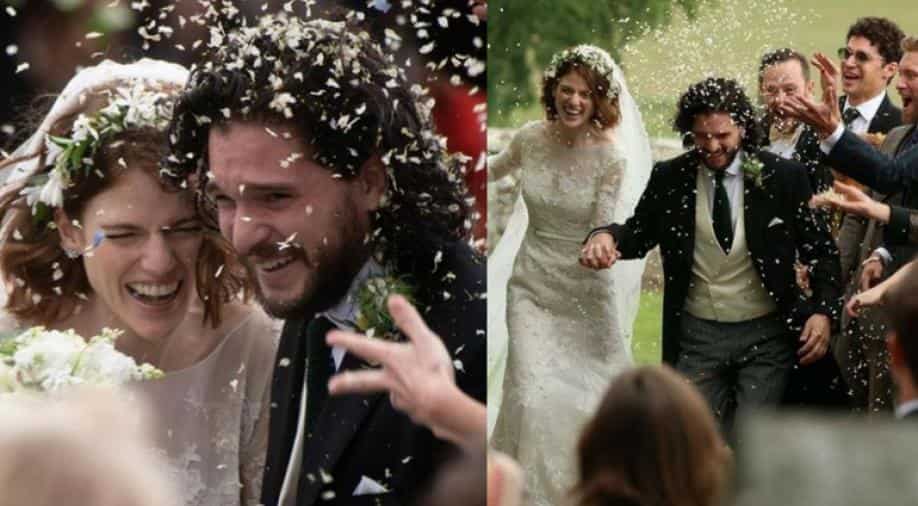 Kit Harington and Rose Leslie tied the knot in June this year in a star-studded Scottish ceremony at a castle.

Barely six months into marriage, ‘Game of Thrones’ couple Kit Harington and Rose Leslie seem to have hit with a rough patch as news of Kit’s cheating ways come to fore.

A Russian model claims to have slept with Kit on multiple occasions, while he was engaged to Rose and even after they tied the knot. According to a report published in E!News, Russian model Olga Vlasova has claimed to have been involved with Kit for some time now. She has reportedly shared a nude picture of the actor, that she clicked as they were together in their one-month long affair.

She claimed to have met him in Luxembourg.

Kit has, however, denied all the allegations. His representative told the portal: “The allegations in this story are completely false. He’s never even been to Luxembourg nor has he ever met Olga Vlasova.”

Meanwhile, Kit while talking about the role that GoT has played in his life, said, “It gave me my future family and my life from here on in. That’s the main thing it did for me, and it’s changed it completely.” Rose Leslie had played his love interest Ygritte, a wildling in the show and was seen in second, third and fourth seasons.

Your son will be the Targaryen Wildling. Firts of the name, protector of the Seven Kingdom, The Unfroze, The Wildling, and The King of The Andals and Wildling. Happy wedding... #GOT #GOTINDONESIA #kit #kitharington #jonsnow #emiliaclark #ygriite #GameOfThrones #wedding #day

The couple got engaged in September 2017 and tied the knot in June this year in a star-studded Scottish ceremony.