Film about Spanish lesbians premieres at Berlinale amidst Netflix row 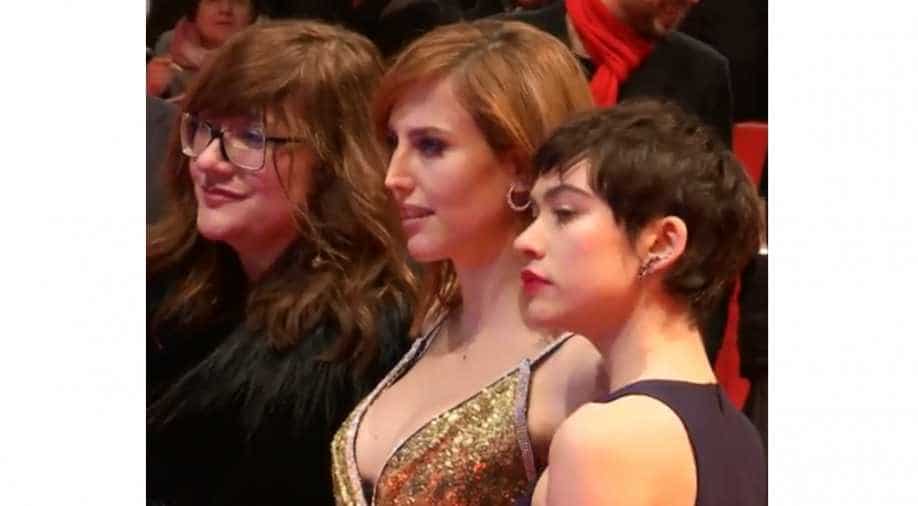 Cast of the film at Berlin Film Fest. Photograph:( Reuters )

The premiere was overshadowed by a discussion about whether films produced for streaming platform Netflix should be shown at the Berlin Film Festival.

Isabel Coixet's tale of two Spanish lesbians 'Elisa & Marcela' premiered at the Berlin film festival on Wednesday (February 13). On the red carpet actress Greta Fernandez, who plays Marcela in the film, told Reuters about working with her film partner Natalia de Molina. "It was nice to look at each other the first time. It was like love and to discover what do you like about her, like her nose, her lips and try to fall in love with each other", Fernandez said.

The premiere was overshadowed by a discussion about whether films produced for streaming platform Netflix should be shown at the Berlin Film Festival. Independent cinema operators in Germany wrote to German Culture Minister Monika Gruetters and Berlinale director Dieter Kosslick on Monday (February 11) demanding that the film be withdrawn from the competition.

But Berlinale organisers said the film was eligible for competition because it is due to be shown in Spanish cinemas. "It was important for us to have a written confirmation that this film will be shown in cinemas. That's why this film will remain in the competition and will not be pulled", festival director Dieter Kosslick told Reuters on the red carpet where some cinema operators were seen protesting against the decision to run the film. Kosslick added that the controversy needed to be clarified in terms of film policy and not on the backs of artists and filmmakers.

Netflix has stirred unease in the traditional movie industry by encouraging people to watch films at home rather than go to the cinema. Major theatre chains refuse to show Netflix films, and some top directors have balked at making films that will be seen primarily on the small screen.

Coixet said she was a "struggling filmmaker" and had tried for 10 years to find financing for the film but no one was interested before Netflix.

Last year Netflix Inc pulled out of the Cannes Film Festival after organisers banned the streaming platform's films from competition for its refusal to release them in cinemas.

Coixet's black-and-white film is based on the true story of Elisa Sanchez Loriga and Marcela Gracia Ibeas, who fall in love at school and manage to get married in 1901 when one of them disguises herself as a man called "Mario", cutting her hair, drawing on a moustache and wearing a suit.

Same-sex marriage in Spain was only legalised in 2005.

Villagers suspect Mario is really Elisa and turn up at their house with pitchforks, smashing their windows and yelling "whores" at them. The pair want to escape to Argentina but are caught and imprisoned while saving up for the journey.

"The things that happened to them were much worse then we are showing in the film", Coixet said at a news conference ahead of the premiere. "And I have to say the worst for me in this film is when all the village is against them. And the village is all men and women. And no woman helped them."

'Elisa & Marcela' which was made in four weeks - is one of 16 films competing for the prestigious Golden and Silver Bears at this year's Berlinale. The winners will be announced at a prize-giving ceremony on February 16.