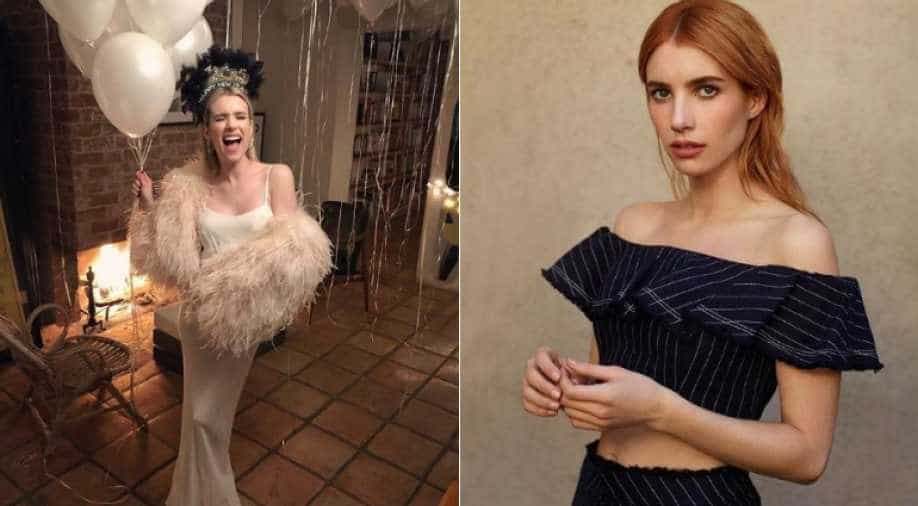 "I got an early birthday gift and her name is Bloom! Who wants more doll content?",Roberts captioned the Instagram post.

It seems like actress Emma Roberts, who is turning 28 next month, is obsessed with creepy dolls.

Roberts posted a photograph of herself with a Blythe Doll on Instagram and wrote, "I got an early birthday gift and her name is Bloom! Who wants more doll content?"

I got an early birthday gift and her name is Bloom! 💙 who wants more doll content? 🤣

This is not the first time when Roberts has openly shown her love for scary-looking dolls.

In June last year, she posted a photo holding two of the toys against her chest with the caption, "Where my doll lovers at?"

Where my doll lovers at? 💝

Roberts even acknowledged her obsession with creepy dolls by posting an image of another type of doll. Alongside the photograph, she wrote, "The best sisters in the world @britelkin @kakeykake got me the best birthday gift in the galaxy. Thank you. My doll obsession continues."

Interestingly, Roberts love for creepy dolls is not new.

Who knows a place to get Blythe Dolls on the internet? Having an oddly difficult time finding....

In 2015, she was on the hunt to expand her collection. "Who knows a place to get Blythe Dolls on the internet?" she tweeted in January 2015.