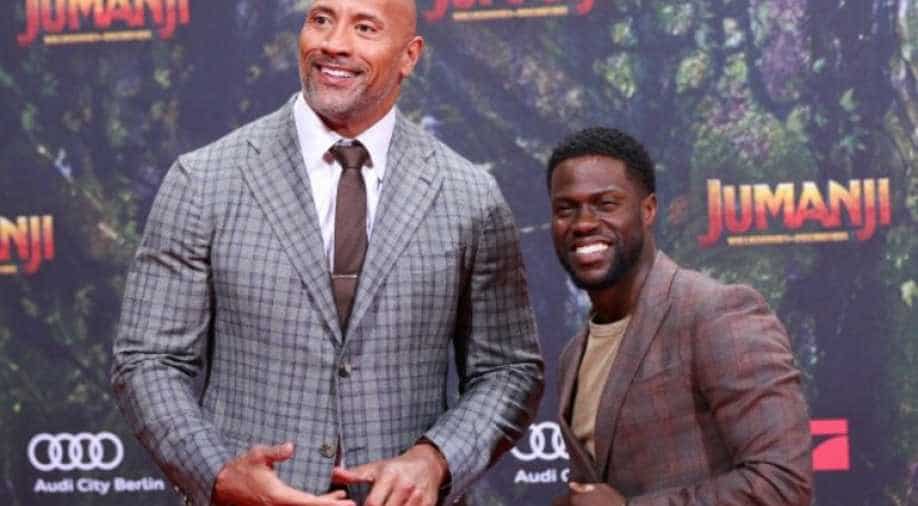 While continuing to promote his new movie 'Jumanji: The Next Level' alongside Dwayne 'The Rock' Johnson, Hart began experiencing some discomfort after quickly drinking three cups of espresso.

The 'Jumanji: The Next Level' co-stars Kevin Hart and Dwayne Johnson have been busy in the promotions of the flick. Hart learned how hard the job is when he gulped down too many espresso shots.

While continuing to promote his new movie 'Jumanji: The Next Level' alongside Dwayne 'The Rock' Johnson, Hart began experiencing some discomfort after quickly drinking three cups of espresso during interviews, reported a magazine.

In a playful video posted by both of the longtime pals, Hart can be seen knocking back the drinks without any problem, before everything suddenly changed and Hart began to experience some discomfort, candidly telling his costar, 'I gotta fart'. Watch trailer: 'Jumanji The Next Level'

The 40-year-old comedian, Hart continued to struggle with keeping everything in. Hart at one point asked, "Do we know how strong the espressos are here? Are they jamming them with something," to which Johnson teasingly replies, "Ex-Lax".

Hart replied, after being asked about impersonating his costar, "I been impersonating him because that's where the gas comes from". While Johnson commended his co-star for continuing on with the interviews, even if he wasn't feeling too good.

"I had no idea how bad Kev's stomach got after slamming three cups back to back until I looked and saw him slumped over while we talked to journalists for our JUMANJI press junket," he wrote. "Then the smell hit me"."Like the pro he is, he finished all our press. Then had to change his pants," Johnson added. "This one will always be one of my all-time favs".