Watch trailer: 'Jumanji The Next Level' is a mix of comedy and thrill in an adventure game setting film 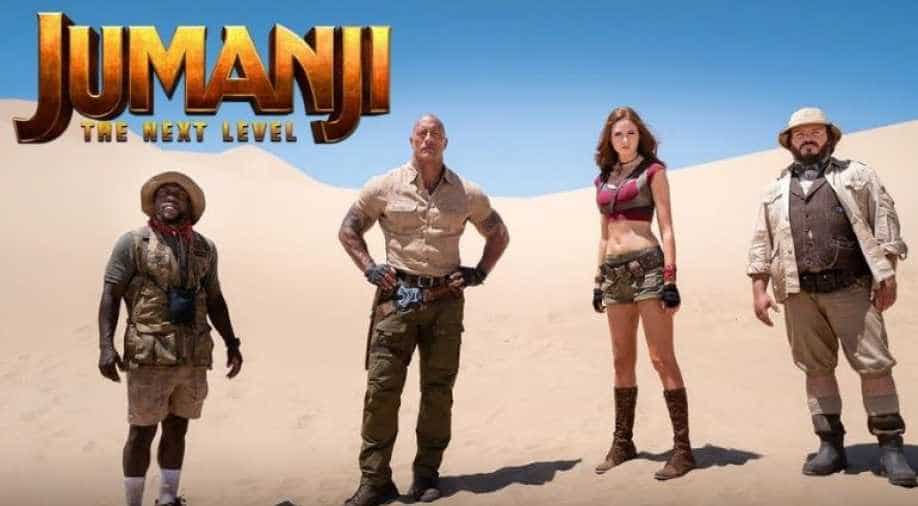 We will also get to see ‘Sucker’ singer Nick Jonas along with Awkwafina in the film.

Brace yourselves for another Jumanji as Dwayne Johnson led ‘Jumanji: The Next Level’ makers released the trailer for their upcoming film.

From desert to a jungle and identity-swapping characters, the trailer promises fun and light entertainment for all Jumanji lovers.

It looks right out of an adventure game and has the feel of the previous Jumanji that released in 2017. This film has been shot on a bigger level than the previous one.

‘Jumanji: The Next Level’ is helmed by director Jake Kasdan.

We will also get to see ‘Sucker’ singer Nick Jonas along with Awkwafina in the film.