'Coca Cola' from 'Luka Chuppi' all set to be this season’s dance anthem! 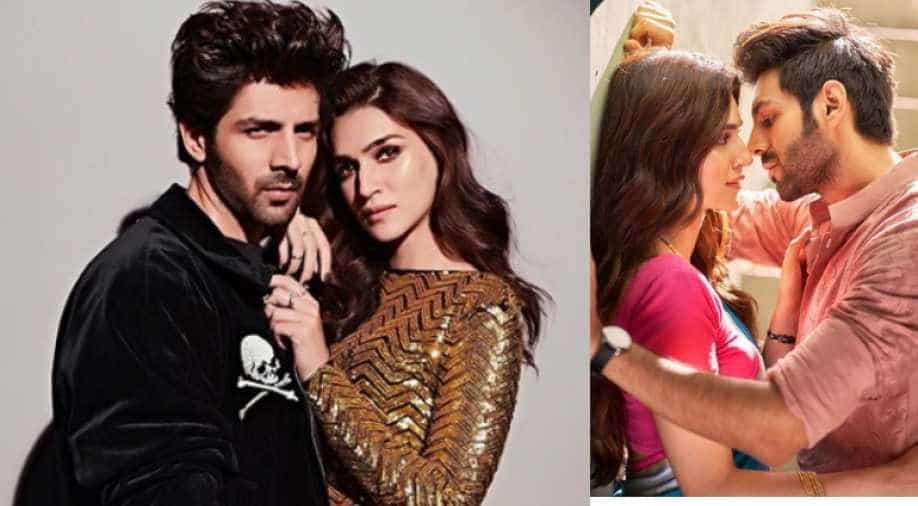 The actors set the screen on fire with some kick-ass dance steps and sizzling chemistry.

After treating fans to 'Poster Lagwa Do' from Kartik Aaryan and Kriti Sanon-starrer ‘Luka Chuppi`, the makers have now dropped another dance number from the film titled ‘Coca Cola’.

Kartik and Kriti can be seen showing off some killer dance moves in the upbeat number.

Kriti took to her Twitter handle to share the foot-tapping track, writing, “Since u guys were so excited..The Party anthem is here!! Sip & sing with #CocaCola from #LukaChuppi.”

The song starts with the message, ‘Sip and Swing with Coca Cola’, and the audience is then introduced to the lead pair on screen.

Both Kartik and Kriti can be seen sporting bright and stylish outfits, all set to hit the dance floor. The actors set the screen on fire with some kick-ass dance steps and sizzling chemistry.

The remixed version has been sung by Neha Kakkar, Young Desi and Tony. The lyrics have been penned by Tony and Mellow D.

The recently released trailer of the film received an overwhelming response from the audience. The trailer features, Kartik and Kriti Sanon as a couple who are in love and inspired by the concept of live-in relationship, decide to live together without actually tying the knot.

Everything seems to be working out fine till their respective families get involved and Kartik’s parents start living with them.

Directed by Laxman Utekar and produced by Dinesh Vijan, the film also features Vinay Pathak, Pankaj Tripathi, and Aparshakti Khurana in key roles. The film is slated to release on March 1, 2019.

Kriti has four other films in her kitty, including `Arjun Patiala`, `Kalank`, `Housefull 4` and `Panipat`.